The incident is said to have occurred at Ibrahimpatnam's Pavitra Sangamam, a suburb of Hyderabad in Ranga Reddy district, 35 kilometres from Hyderabad. 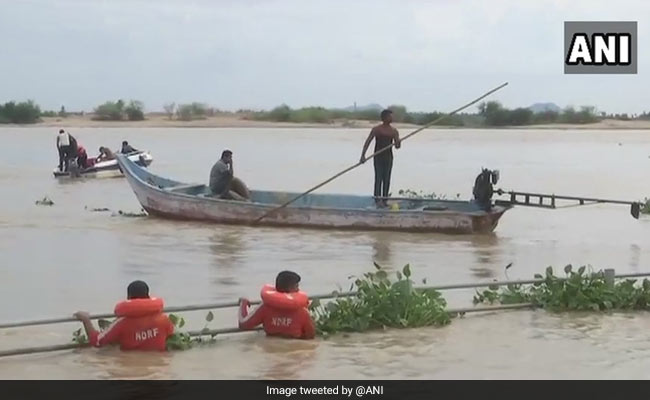 Rescue teams of the SDRF, fire service and other departments have been called in.

Hyderabad: Four engineering students drowned in the Krishna river in Andhra Pradesh today, news agency ANI reported, adding that the bodies of those who suspected to have drowned are yet to be recovered.

The incident is said to have occurred at Ibrahimpatnam's Pavitra Sangamam.

They were students of MIC Engineering College in Kanchikacharla district.

Five students were at the riverside for a weekend picnic, when one of them, while trying to cross a barricade, lost his balance and fell into the river. Three of his friends jumped into the river to rescue him, but drowned while doing so. The fifth student alerted the police, reported news agency IANS. Police said that the incident was a result of one of the students crossing the safety railing.

The missing students were identified as Praveen, 18, Chaitanya, 18, Rajkumar, 19, and Srinath, 19. The students belong to different parts of the state, according to IANS.

In photos posted by ANI on Twitter, members of the National Disaster Response Force or NDRF were seen in action, conducting rescue operations at the spot.

A police officer said about 100 people were taking part in the rescue operations. Rescue teams of the SDRF, fire service and other departments were also called in.

Krishna District Collector Vijay Krishna among other officials rushed to the scene of the incident. Chief Minister N Chandrababu Naidu has also directed officials to make all efforts for the rescue operations.

Promoted
Listen to the latest songs, only on JioSaavn.com
In November last year, at least 16 people died after a boat capsized in the Krishna River near Vijaywada, 275 km from Hyderabad.