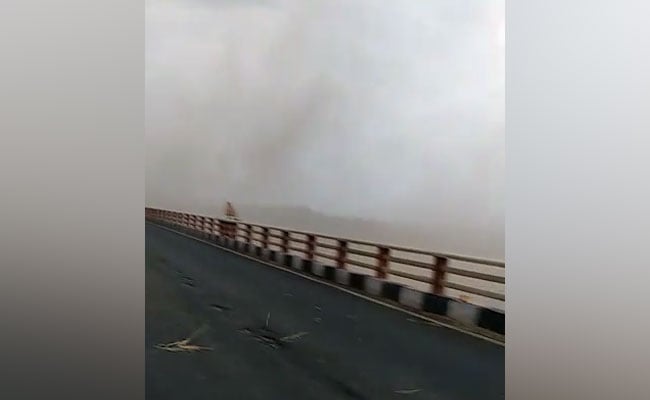 The cyclone moved close to north coastal Andhra before it made landfall in neighbouring Odisha.

Due to its impact gusty winds, with speed reaching up to 140 kmph, lashed the coastal area of Srikakulam district.

Srikakulam District Collector J. Nivas said three houses were damaged due to the winds, but there was no loss of life.

About 20,000 people were shifted to 126 relief camps in Srikakulam district, where seven 'mandals' (blocks) were affected by the cyclone. A red alert was sounded in the district with authorities taking preventive measures to avoid loss of life and minimise property damages.

The heavy rains could also cause Vamsadhara and Nagavali rivers to overflow leading to floods in the region, officials said.

The Indian Railways have cancelled about 100 trains between Visakhapatnam and Howrah on Friday and Saturday.