YS Vivekananda Reddy was found murdered at his home in Pulivendula, Kadapa district, on Friday. 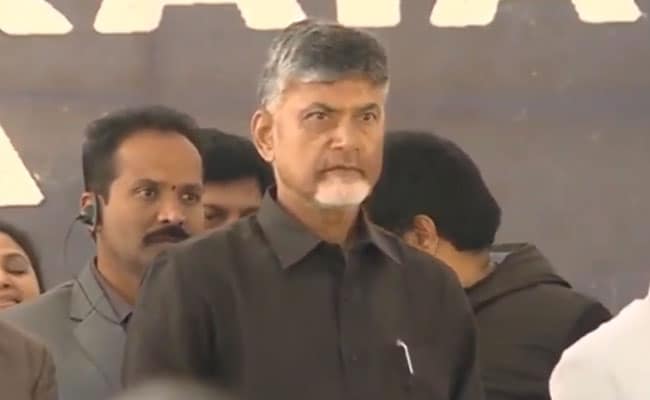 Chandrababu Naidu said there would be a breakdown in law-and-order situation if Jaganmohan wins.

Andhra Pradesh Chief Minister Chandrababu Naidu has accused YSR Congress leader YS Jaganmohan Reddy of orchestrating the murder of his own uncle -- YS Vivekananda Reddy -- for political mileage. "If Jagan wins, there will be no security in the state. They killed their own uncle and are now doing drama," Mr Naidu said while campaigning in Vizianagaram.

Jaganmohan Reddy had earlier accused the Chief Minister of ordering his uncle's murder. "Chandrababu can stoop to any level. He has eliminated my uncle to demoralise me. The ghastly murder took place under his guidance, it was his (state) police that took up the investigation, after which friendly media houses spun yarn after yarn," he claimed, demanding a CBI probe into the murder.

The YSR Congress has also accused Mr Naidu of orchestrating the death of YSR and his father, Raja Reddy, in 1998.

Meanwhile, Vivekananda Reddy's daughter YS Sunitha accused political rivals of spreading misinformation in order to gain from the murder. "It was father's dream to see my brother Jaganmohan Reddy become the Chief Minister of the state. He worked very hard for that. It is very unfortunate that some people are using my father's death for political purposes," she said, addressing a press conference in Pulivendula.

"They are making false claims of internal clashes in our family. There are 700 members in our family, and differences are very common in such big families," said Sunitha, adding that only an independent probe by a special investigation team will help uncover the truth.

Vivekananda Reddy, a 68-year-old former state minister and parliamentarian, had returned to his home in Pulivendula after a long day of campaigning for the YSR Congress when he was murdered. The death was initially attributed to cardiac arrest, although the injuries on his body suggested assault. It is also suspected that the body was moved from the bathroom, where he appeared to have collapsed.

A Special Investigation Team headed by Deputy Commissioner of Police Avinash Mohanty has been formed to probe the murder under the supervision of his senior Amit Garg.