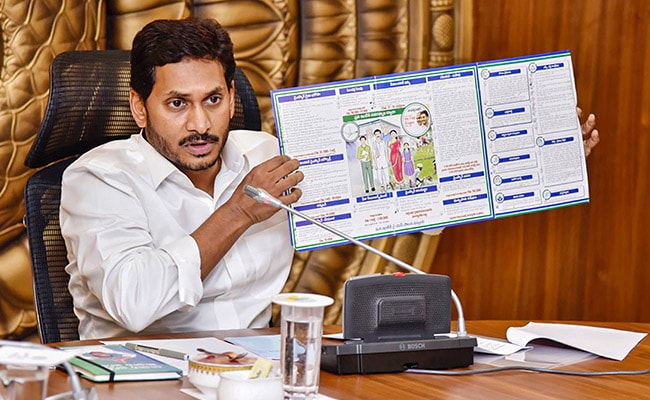 Andhra Pradesh Chief Minister Jagan Mohan Reddy may drop all plans to make Amaravati the state's dream capital, and instead opt for four capital cities located in different parts of the state.

Jagan Mohan Reddy has conveyed a proposal along these lines to the central BJP leadership, said Rajya Sabha parliamentarian TG Venkatesh, who defected from the Telugu Desam Party (TDP) to the BJP in June. The four capitals are likely to be located in Vizianagaram for the north-coastal zone; Kakinada for the Godavari districts; Guntur for the south coastal belt; and Kadapa for Rayalaseema. Representatives for each of these regions may be picked from the five Deputy Chief Ministers appointed earlier this year, so as to ensure decentralised development in Andhra Pradesh.

Jagan Mohan Reddy's YSR Congress has long opposed the idea of setting up the state capital in Amaravati, as envisioned by former Chief Minister Chandrababu Naidu. The reasons for this are its alleged reluctance to create a "concrete jungle" in the fertile Krishna delta; "illegal" procurement of land by the former TDP government; alleged corruption in real estate deals as well as contracts awarded; and the allegedly unnecessary acquisition of 33,000 acres of land to build the capital.

State Minister Botsa Satyanarayana had recently said that Amravati will be unsafe as the state capital because it is located in a "flood-prone" zone. He also claimed that the cost of building the state capital there would be "double" that of anywhere else.

The previous TDP government had acquired 33,000 acres of land from over 28,000 farmers for building the capital city in return for contractual agreements that promised them annual returns and a share in the capital city's growth story. If Jagan Mohan Reddy decides to junk the Amaravati plan now, it may put these contracts signed with farmers in jeopardy.

Chandrababu Naidu had said that the state capital will cost over Rs 1 lakh crore to build, and Rs 38,000 crore was already spent by the TDP government in in this regard. Just building the temporary secretariat had cost up to Rs 800 crore.

Last month, the World Bank and the Asian Infrastructure Investment Bank dropped plans to loan up to 500 million dollars for Amaravati. Andhra Pradesh has a public debt of nearly 2.59 lakh crore, and spends Rs 40,000 crore annually on debt servicing. The new Chief Minister's priority, on the other hand, is to fulfil poll promises that are likely to cost up to Rs 50,000 crore.

While any decision to ditch the Amaravati plan will come as a downer for the farmers there, people in other regions such as Rayalaseema are likely to welcome the decentralised capital model. So, there is speculation that Jagan Mohan Reddy may propose a referendum on the issue to ensure that he does not appear to be taking unilateral decisions.