"It is very mean of the opposition leader to cast such allegations. The government is busy handling the COVID-19 crisis," Adimulapu Suresh said. 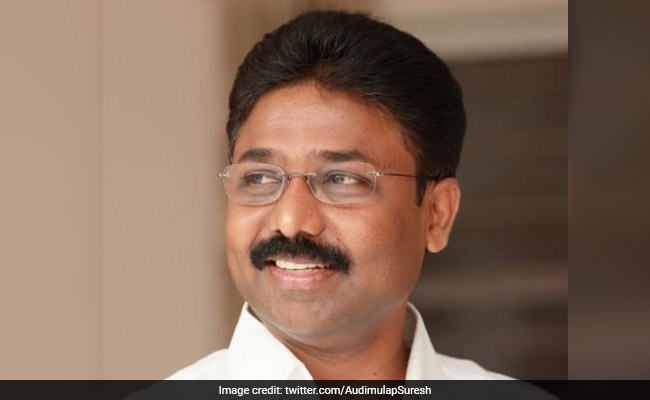 We have taken all the necessary precautions and are continuing all welfare schemes: Adimulapu Suresh

Andhra Pradesh Education Minister Adimulapu Suresh denied phone-tapping allegations made by opposition leader N Chandrababu Naidu, saying that the government was busy fighting the COVID-19 pandemic and were ready for any kind of investigation.

"It is very mean of the opposition leader to cast such allegations. The government is busy handling the COVID-19 crisis. We have taken all the necessary precautions and are continuing all welfare schemes," Mr Suresh told ANI on Monday.

"There is nothing left to talk about that is why he is resorting to these cheap tactics of telephone tapping allegations. He's not leaving any opportunity to politicise issues and is tuning every stone to blame the government for something or the other. We are ready for any kind of investigation," he added.

He added, "Chandrababu is known well for using issues like caste, creed and gender for political gains. But the people are wise and they know what all Chief Minister YS Jaganmohan Reddy is doing."

Telugu Desam Party Chief N Chandrababu Naidu in a letter to Prime Minister Narendra Modi on Monday alleged that the YSR Congress Party government in the state is tapping the phones of the Opposition party leaders, advocates, journalists and social activists. He urged the Prime Minister to order an enquiry into the matter.