Jaganmohan Reddy has said proper arrangements must be made to send the migrants to their home states, an official said. 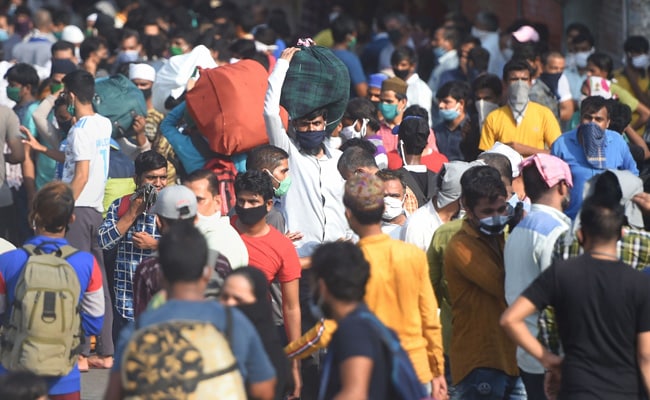 22 trains carrying 33,000 people will be sent to their home states this week (File)

The Andhra Pradesh government has rescued more than 5,000 migrant workers walking to their home states in the last three days. This after Chief Minister Jaganmohan Reddy ordered the authorities to pick up migrants in buses and drop them to relief centres across the country.

On Thursday, 4,661 workers were stopped at check points across the state, counselled and sent to 62 relief centres. 485 of them are from Andhra Pradesh, 815 from Bihar, 1012 from Uttar Pradesh, 576 from Jharkhand, 331 from Chhattisgarh and other states.

Mr Reddy has said proper arrangements must be made to send the migrants to their home states.

Buses were arranged for migrant labourers belonging to Odisha last week. Andhra Chief Secretary Nilam Sawhney spoke to her counterpart in Odisha and it was decided to receive them at Ganjam.

"Last night we had transported 902 migrant labour to Odisha from Prakasham (470), Krishna (410) and Srikakulam (22). Today we are sending 450 persons from Guntur and all the Joint Collectors are making arrangements to send the people of Odisha to Ganjam on our APSRTC buses," a CMO official said.

"We had already arranged 31 Shramik trains from Andhra Pradesh, transporting 39,000 people to different destinations as on today. Nine for Bihar, five for Odisha, four for Uttar Pradesh, four for Jharkhand, four for Rajasthan, three for Maharashtra, and one each for Chhattisgarh and Madhya Pradesh. We will be running five trains for 7500 people today," the official said.

He said 22 trains carrying 33,000 people will be sent to their home states this week.

Regarding reports that a large number of migrants from Tamil Nadu were stopped at Tada, Nellore, and were forced back, the official said a decision was subsequently taken that whoever wants to pass through the state, the state government will try and make arrangements to minimise the discomfort.

Some migrants had complained that the Andhra police used force to drive them out, and they had to wait without food or water for hours in no-man's land. "They are forcing us to go back. We set off from our place only because there is no work or livelihood. Where should we go?" a migrant said.

The government said official of the revenue department have been deployed to counsel the migrants and send them to relief centres. 79 counters have been made on national highways to provide them food and water.