10 Killed In Blast At Stone Quarry In Andhra Pradesh's Kurnool 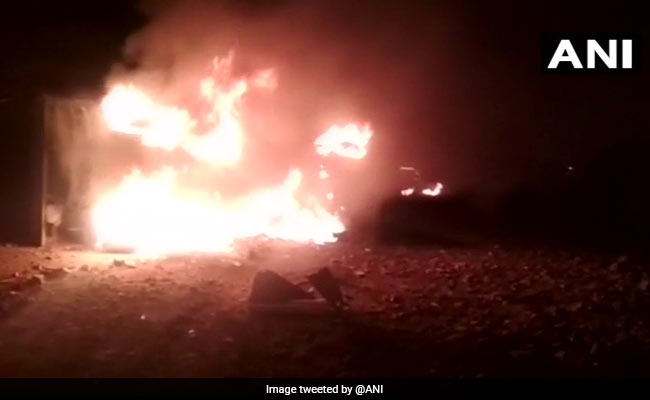 A gelatine stick explosion in the stone quarry caused the fatalities, an investigating officer said

At least 10 workers were killed in a powerful explosion in a stone quarry in Andhra Pradesh's Kurnool district on Friday night, police said.

All the victims are said to be hailing from Odisha and had come to Andhra Pradesh for work. The explosion occurred when regular quarrying work was being carried out in the quarry in Hathi Belgal under Aluru mandal, an investigating officer said.

"At least 20 workers were said to be at the spot when the gelatine sticks used for blasting the quarry exploded. The sudden explosion trapped the workers, triggering the fatalities," the officer said.

At least 10 people were killed and four injured, who were shifted to a hospital. Search was on to trace if there are any survivors, he added.

Chief Minister Chandrababu Naidu expressed shock over the incident. He spoke to the district authorities and directed them to ensure proper treatment to the injured.