"Nobody has done it deliberately. However, there is a big negligence": Punjab Minister Navjot Singh Sidhu on Amritsar train accident. 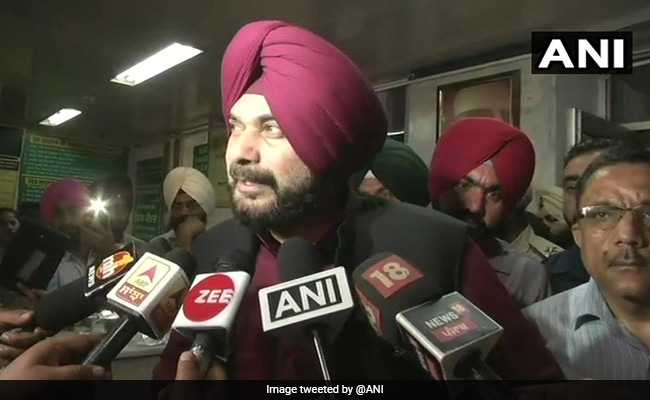 There was no motive behind this accident, said Navjot Singh Sidhu.

Punjab Minister Navjot Singh Sidhu said that train running over Dussehra revellers in Amritsar was an accident and that nobody had done it intentionally.

He, however, said there was a "big negligence" and asked his detractors not to do politics over the incident.

"It was an unfortunate incident. I talked to a few people who told me that some people were standing on the rail track and some were sitting on a stone near the track," the minister said.

"When effigy of Ravana was lit, some people retreated back. Then the train came with a great speed and there was no horn and people did not come to know (about the approaching train) and it happened in a matter of just one or two seconds," he said.

Defending his wife Navjot Kaur Sidhu, who was accused of leaving the accident site without bothering about the victims, the state culture minister said she was attending to patients at the hospital when allegations were being levelled against her.

"When I talked to my wife Navjot Kaur Sidhu on Friday, she was in a hospital," he said.

"I fought elections from here because of my wife. She has been working here. Friday night, when accusations were being levelled against her, she was with the patients. She called me up on Friday. She came to know about the incident before reaching home. She then immediately reached here," Mr Sidhu said. 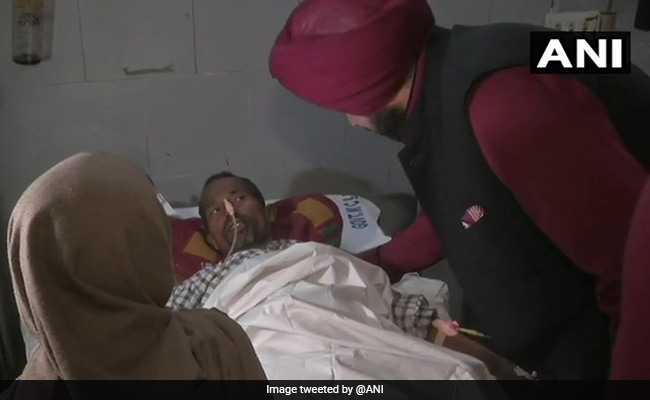 The Congress leader visited local hospitals and met the patients and their relatives on Saturday morning.

Mr Sidhu said when he learnt about the accident, he was shocked. He added that he was away to Calicut for a function on Friday.

Refusing to point fingers, the minister said, "Nobody has done it deliberately. However, there is a big negligence (behind this incident)...when I talk about negligence, some people did not even understand their responsibility".

"Nobody had any intention to do this. There was no motive," he said, adding the incident was an irreparable loss.

He also requested not to give the incident a "political shape".

"The question is that the accident should not be given political shape. It is an accident. Do not make false allegations and do politics on this issue," Mr Sidhu said.

Sixty people celebrating Dussehra were killed after a train ran over hundreds standing on a railway track in Amritsar on Friday evening. The tracks at Jaura Phatak were on higher ground, which gave a better view of the burning effigy of Ravana. As it was lit and fireworks went off, a section of the crowd retreated towards the tracks, where a large number of people were already standing to watch the celebrations. The people who were hit could not see or hear the train due to the exploding crackers.

People shouted slogans against Navjot Kaur Sidhu, who was present as chief guest during the event, alleging she left the venue after the accident. She, however, said she had left the place before the accident took place and rushed to the hospital the moment she came to know of it.

(Except for the headline, this story has not been edited by NDTV staff and is published from a syndicated feed.)
Comments
punjab train tragedyAmritsar train accidentNavjot Sidhu