One of the theories floating around on Twitter says it could be "sonic boom" from two air force jets flying in the area. 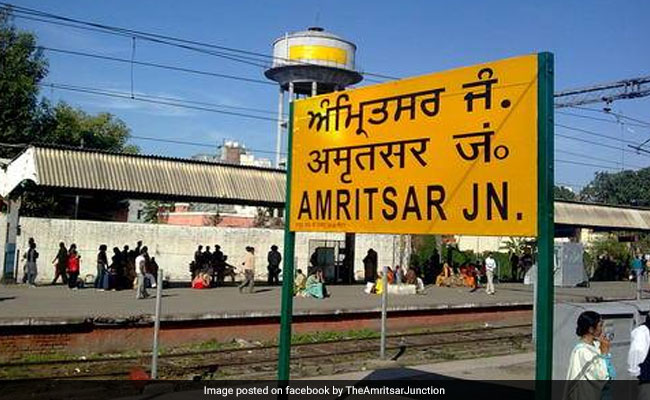 Amritsar Police said everything was okay.

Twitter was abuzz in the early hours of Friday after users in Amritsar said they heard "two loud sounds". #Amritsar was trending on the micro-blogging website, with users sharing theories what the sounds could be. The police have tried to calm the nerves of the local users, saying "everything was okay" in the city.

"I appeal to the people to not believe in rumours on social media. Everything is okay. As per our information nothing has happened," Jagjit Singh Walia, ADCP Amritsar, told news agency ANI.

One of the theories floating around on Twitter says it could be "sonic booms" from two air force jets flying in the area. Sonic boom is the sound that is generated when jets break the sound barrier, which is when they move faster than the speed of sound.

Twitter users said the loud sounds were heard at around 1 am today.

Do you have no faith in Indian Army?
Why spread rumours?
Plz don't
Everything is ok
Sat Shri Akaal#Amritsar

Nothing has happened just our two Sukhoi-30 MKI roared in the sky. #Amritsar

Be assured that protectors are well awake and doing what they do best..don't worry guyz...Sleep tight#Amritsarpic.twitter.com/0lk7uyuvqX

Sonic boom heard in #Amritsar
That's the sound generated when an object breaks the sound barrier, jets in this case. No need to worry. Go back to bed.

My entire house shook from the blasts. #Amritsar

Plains past in the sky of the amritsar and then huge blast sounds,, oh my god what is happening #amritsar

For the people who are concerned with #Amritsar trending, there was a loud, trembling sound heard here at about 1:15 am. Electricity in the city is intact. Could be a sonic boom.
We are hoping to be notified soon by the authorities as to what it was.
Till then, ignore warmongers.

The police officer said that it was only social media chatter. "We will investigate the matter. If there is something, we will let you know," he added.

Amritsar is situated near the border of India with Pakistan with the Wagah Border only 28 kilometres away.