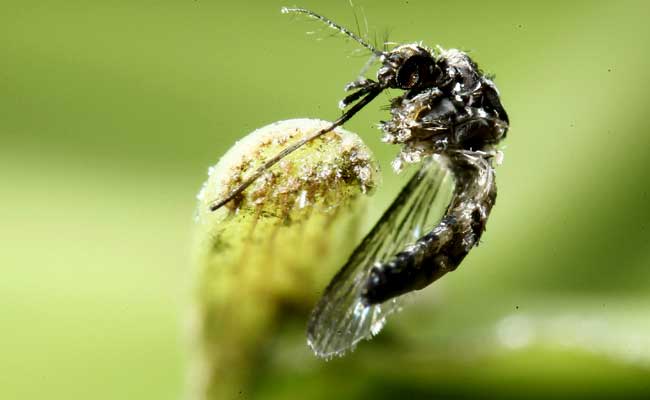 An aedes aegypti mosquito is pictured on a leaf in San Jose, Costa Rica February 1, 2016.

CHICAGO: A study of mice infected with Zika showed the virus caused lasting damage to key cells in the male reproductive system, resulting in shrunken testicles, lower levels of sex hormones and reduced fertility, US researchers said on Monday.

So far, the findings are only in mice, but the result is worrisome enough to warrant further study because of possible implications for people, said Dr Michael Diamond of Washington University in St. Louis, whose research was published in the journal Nature.

"It has to be corroborated," Diamond, a professor of pathology, immunology and molecular microbiology, said in a telephone interview.

Much of the global effort to fight Zika has focused on protecting pregnant women from infection because of the grave implications for their unborn children.

Zika infections in pregnant women have been shown to cause microcephaly, a severe birth defect in which the head and brain are undersized, as well as other brain abnormalities.

Previous studies have shown that Zika can remain in semen for as long as six months. But little is known about whether prolonged exposure to the virus in the testes can cause harm.

To study this, Diamond and colleagues injected male mice with Zika. After a week, the researchers recovered infectious virus from the testes and sperm, and they found evidence of viral genes in certain cells of the testes. But overall, the testes appeared normal compared with other lab mice.

After three weeks, however, the differences were stark. The testes in the Zika-infected mice had shrunk to a tenth of their normal size, and the internal structure was destroyed.

"We saw significant evidence of destruction of the seminiferous tubules, which are important for generating new sperm," Diamond said.

The researchers also found that Zika infects and kills Sertoli cells, which maintain the barrier between the bloodstream and the testes and foster sperm growth. Sertoli cells do not regenerate.

That raises the specter of long-lasting damage.

"The virus is infecting a site which doesn't really renew if it gets damaged. That is the problem," Diamond said.

Promoted
Listen to the latest songs, only on JioSaavn.com
"This is the only virus I know of that causes such severe symptoms of infertility," added Dr. Kelle Moley, a fertility specialist at Washington University and a study co-author.

There is no vaccine or treatment for Zika.
© Thomson Reuters 2016