Your Favorite Foreign Cities, Countries May Soon Ask You To Pay More

While the vast majority of cities and countries around the world still wish for more visitors, a small minority of the world's favorites are increasingly viewing them as a burden. 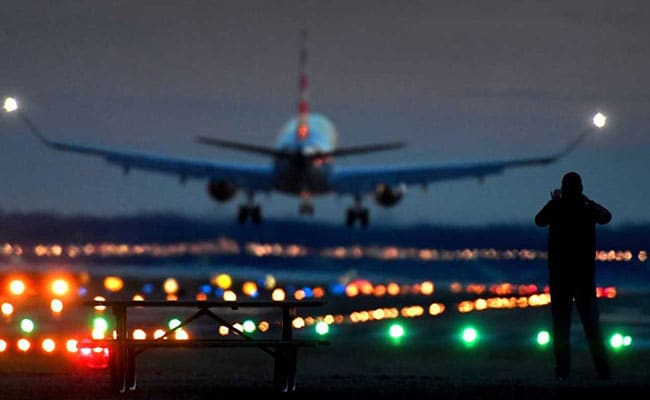 To many visitors to New Zealand, an excursion to Waitangi and its stunning surroundings is considered a must. The country's founding document was signed here in 1840 and a museum on the historic grounds draws 100,000 visitors a year.

Its history may have turned Waitangi into one of the country's premier attractions, but its presence in travel guides has come at a cost. Only about 2,000 inhabitants live in the area, which also includes the nearby town of Paihia. At least once a year, during the national Waitangi bank holiday this Wednesday, more than 15 times as many domestic and foreign visitors will flock to the town.

For years, residents living near New Zealand's top tourist attractions warned that the rising numbers of tourists were catching many towns or nature reserves largely unprepared.

Now, the government has come up with a plan: a one-time tourist tax of around $25, which is due to be introduced later this year and will help finance new infrastructure projects and environmental preservation efforts.

It's an approach that is gaining momentum elsewhere, too, as more countries and cities face growing tourism numbers. Between 2017 and 2018, global tourism arrivals increased by 6.8 percent, to 1.3 billion in total. Back in 2000, it was half that number.

While the vast majority of cities and countries around the world still wish for more visitors, a small minority of the world's favorites are increasingly viewing them as a burden.

Amsterdam, for instance, has struggled to come to terms with becoming a European party hub for legal weed consumers. It hiked its overnight room taxes from 6 to 7 percent late last year to balance out the growing costs of its new reputation. Similarly popular Barcelona recently saw anti-tourism protests by locals who instead demanded a higher refugee intake. Local officials there and in other major cities such as Paris and Berlin responded in recent years to those concerns by increasing room taxes for tourists, too - including for Airbnb and other online platforms. Scotland's Edinburgh is currently pondering whether it should follow suit. Outside of Europe, authorities on the Indonesian island of Bali are having similar thoughts.

Venice became the latest major city with specific plans for such taxes on Monday. Officials there said that a single-day entry fee to the historic center of about $3.40 per person may take effect as early as May, with plans to gradually increase the tax to up to $11 in coming years.

"We have to tell the whole world how difficult it is to administer such a special place," Venice Mayor Luigi Brugnaro said on Monday.

To Venice's local leadership, collecting an entry fee into a city avoids the detour via the national government in Rome, which would have to collect such taxes nationally and then distribute them locally. Whether New Zealand's national approach could even work in Europe remains questionable, anyway. Within much of the continent, national tourism taxes would make little sense because they would not apply to most visitors from within the European Union. Europe's borderless Schengen Zone ensures EU residents can travel between countries without restrictions, but the treaty says nothing about cities, which is why Venice and other tourist hotspots are taking matters into their own hands.

Iceland, which is also located within the Schengen Zone, pondered introducing a New Zealand- or Venice-style tax two years ago, which would probably have mainly hit non-EU tourists. But after its devastating banking crisis in 2008, the country still depends heavily on tourism. Afraid of halting a trend that has seen visitor numbers quadruple since 2008, officials recently traveled to New Zealand to gather alternative ideas. Overnight room taxes, which are common across Europe, offer one revenue stream.

In Iceland and New Zealand, authorities are now experimenting with the next step: how to spend the money. The obvious way is to improve the infrastructure, including widening roads, improving utilities and expanding hospitals to accommodate the increasing flow of people. One of their most pressing issues, both officials in Iceland and in New Zealand complain, is that online recommendations have turned insider tips into must-do bucket list attractions. While Instagram shots take minutes to gain traction online, local infrastructure improvements can take years or decades.

Educating tourists on how to behave or advertising alternative destinations could be an easy intermediate solution.

But in a city like Venice, which floods at least once a year and is on almost every Europe traveler's mind, there's a limit to how much that infrastructure can still be improved. Besides its new planned tax, authorities there have found another solution: whenever things become too messy, pedestrian gates around the historic center simply shut down - no matter how much you're willing to pay to get in.

(Except for the headline, this story has not been edited by NDTV staff and is published from a syndicated feed.)
Comments
Foreign travelglobal tourismNew Zealand tourism