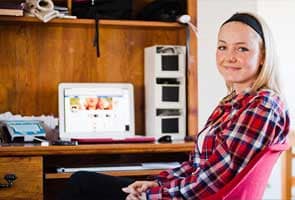 New York: Young couples have long signalled their devotion to each other by various means - the gift of a letterman jacket, or an exchange of class rings or ID bracelets. Best friends share locker combinations.

The digital era has given rise to a more intimate custom. It has become fashionable for young people to express their affection for each other by sharing their passwords to e-mail, Facebook and other accounts. Boyfriends and girlfriends sometimes even create identical passwords, and let each other read their private e-mails and texts.

They say they know such digital entanglements are risky, because a souring relationship can lead to people using online secrets against each other. But that, they say, is part of what makes the symbolism of the shared password so powerful.

"That is so cute," said Cherry Ng, 16, listening in to her friend's comments to a reporter outside school. "They really trust each other."

We do, said Ms. Carandang, 17. "I know he'd never do anything to hurt my reputation," she added.

It doesn't always end so well, of course. Changing a password is simple, but students, counsellors and parents say that damage is often done before a password is changed, or that the sharing of online lives can be the reason a relationship falters.

The stories of fallout include a spurned boyfriend in junior high who tries to humiliate his ex-girlfriend by spreading her e-mail secrets; tensions between significant others over scouring each other's private messages for clues of disloyalty or infidelity; or grabbing a cellphone from a former best friend, unlocking it with a password and sending threatening texts to someone else.

Rosalind Wiseman, who studies how teenagers use technology and is author of "Queen Bees and Wannabes," a book for parents about helping girls survive adolescence, said the sharing of passwords, and the pressure to do so, was somewhat similar to sex.

Sharing passwords, she noted, feels forbidden because it is generally discouraged by adults and involves vulnerability. And there is pressure in many teenage relationships to share passwords, just as there is to have sex.

"The response is the same: if we're in a relationship, you have to give me anything," Ms. Wiseman said.

In a 2011 telephone survey, the Pew Internet and American Life Project found that 30 per cent of teenagers who were regularly online had shared a password with a friend, boyfriend or girlfriend. The survey, of 770 teenagers aged 12 to 17, found that girls were almost twice as likely as boys to share. And in more than two dozen interviews, parents, students and counsellors said that the practice had become widespread.

In a recent column on the tech-news Web site Gizmodo, Sam Biddle called password sharing a linchpin of intimacy in the 21st century, and offered advice to couples and friends on how to avoid missteps.

"I've known plenty of couples who have shared passwords, and not a single one has not regretted it," said Mr. Biddle in an interview, adding that the practice includes the unspoken notion of mutually assured destruction if somebody misbehaves. "It's the kind of symbolism that always goes awry."

Students say there are reasons, beyond a show of trust, to swap online keys. For instance, several college students said they regularly shared Facebook passwords - not to snoop on or monitor each other, but to force themselves to study for finals. A student would give her password to a friend to change it - and not disclose the new password - thereby temporarily locking out the Facebook account holder and taking away a big distraction to studying.

Alexandra Radford, 20, a junior at San Francisco State University, said she had done this for friends several times during exams. One friend wanted to know the new password before finals ended, but Ms. Radford held firm.

"Once finals were over, I gave it to her," she said. "She was, like, 'Oh, my gosh, thank you.' She knew I was good about not giving her the password back."

But Ms. Radford is more sheepish about the passwords she shared a few years ago in high school with her boyfriend. They even changed their passwords to reflect their relationship. Hers: ILoveKevin. His: ILoveAly.

"We did it so I could check his messages because I didn't trust him, which is not healthy," she conceded.

Counsellors typically advise against the practice, and parents often preach the wisdom of password privacy. Winifred Lender, a child psychologist in Santa Barbara, had her three sons sign "digital contracts" that outline terms for how much media they will consume, how they will behave online and that they will not share passwords. Still, Ms. Lender said, her 14-year-old was recently asked by a friend for his password.

Her son was taken aback but then relied on a tried-and-true excuse for saying no. "He blamed it on his parents," Ms. Lender said of her son. "He said, 'If I give you my password, my mom will have a cow.' "

Emily Cole, 16, a high school junior in Glastonbury, Conn., felt the sting of password betrayal in seventh grade, when she gave her e-mail password to her first boyfriend.

Then she started to develop feelings for another student, she said, and sent an e-mail to her. Her boyfriend read the e-mail and started spreading it around the school, calling Ms. Cole a "pervert."

Ms. Cole said it was deeply hurtful. And yet, despite what happened, she said she would not have reservations about sharing her password with her new boyfriend.

"I know this sounds kind of weird, but we have a different relationship," she said. "We're not in seventh grade. I trust him in a different way, I suppose."

Ms. Cole's mother, Patti, 48, a child psychologist, said she believed her daughter would be more judicious now about sharing a password. But, more broadly, she thinks young people are sometimes drawn to such behaviour as they might be toward sex, in part because parents and others warn them against doing so.

"What worries me is we haven't done a very good job at stopping kids from having sex," she said. "So I'm not real confident about how much we can change this behavior."
Comments
Sharing passwordCounsellorsRelationship counsellorsInternet passwordsFacebookEmail password