The talks mark the first meeting between Yemen's Saudi-backed government and Huthi rebels, linked to Iran, since 2016. 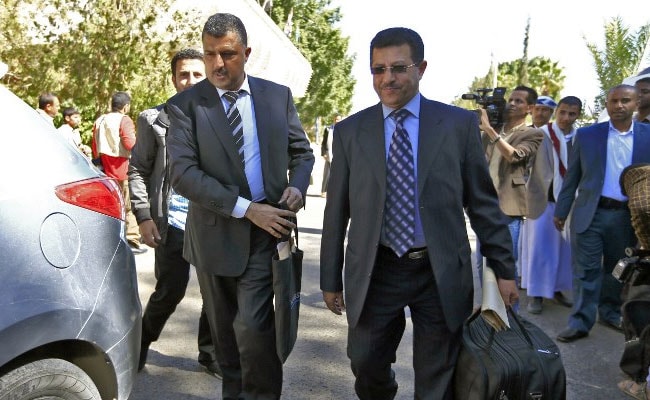 A Yemeni rebel delegation prepare to fly, accompanied by a UN peace envoy, for talks in Sweden. (AFP)

Peace talks between Yemeni government representatives and a rebel delegation will begin today in Sweden, the United Nations (UN) announced.

"The (UN special envoy) would like to announce the restart of the intra-Yemeni political process in Sweden on 6 December 2018," UN envoy Martin Griffiths' office tweeted.

A 12-member government delegation, led by Yemeni Foreign Minister Khaled al-Yamani, arrived in Stockholm Wednesday evening, one day after a rebel delegation flew in from Sanaa -- accompanied by the UN envoy.

The talks mark the first meeting between Yemen's Saudi-backed government and Huthi rebels, linked to Iran, since 2016, when 106 days of negotiations yielded no breakthrough in a war that has pushed 14 million people to the brink of famine.

The Sweden meeting follows two major confidence-boosting gestures between the warring parties -- a prisoner swap deal and the evacuation of 50 wounded insurgents from the rebel-held capital for treatment in neutral Oman.

Nearly 10,000 people have been killed since Saudi Arabia and its allies joined the government's fight against the Huthis, according to the World Health Organization, triggering what the UN calls the world's worst humanitarian crisis.

Rights groups estimate the toll could be up to five times as high.