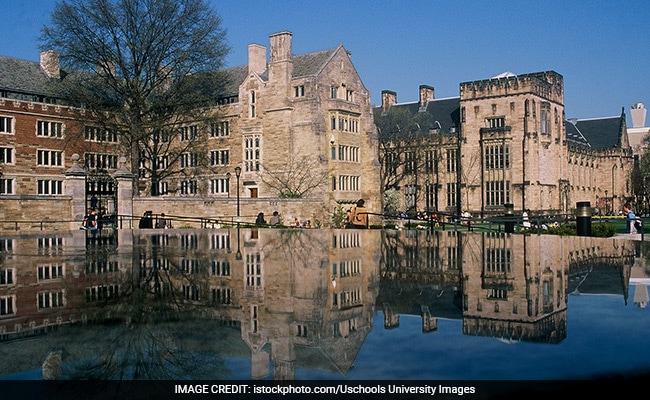 The Yale professor is banned from the campus and is denied the privileges of a retired faculty member.

Eugene Redmond, a longtime Yale University psychiatry professor, lured students to his research site on a Caribbean island, offering financial and professional support before sexually assaulting them - behavior that persisted for almost 25 years after Yale was made aware of the alleged actions, according to a university investigation released this week.

The 54-page report revealed missteps by Yale administrators that allowed a chronic abuser to prey upon students for decades. Redmond, affiliated with the Yale School of Medicine faculty for 44 years, is accused of sexually assaulting at least five students and performing unnecessary, invasive genital or rectal exams dating to the early 1990s. He committed acts of sexual misconduct involving at least eight other undergraduates, recent graduates and one high school student, according to the review conducted by Deirdre Daly, a former U.S. attorney in Connecticut.

The revelations emerged from interviews with 110 witnesses, including 38 current and former students. Months before the report was released, the Yale Daily News published an investigation of Redmond's alleged abuse. In a statement to the student paper, Redmond denied the allegations, calling them "slanderous and defamatory."

Redmond, who is banned from Yale's campus and is denied the privileges of a retired faculty member, has not been criminally charged and declined the university's request for an interview during the investigation. His attorney did not respond to requests for comment from The Washington Post.

The Yale professor becomes the latest tenured faculty member at a high-profile university to be ensnared by the #MeToo movement. At other Ivy League schools, the movement has similarly led to a reckoning. In July, Harvard suspended an acclaimed economist facing allegations of unwelcome sexual contact. Dartmouth recently reached a $14 million settlement with nine women who said the college disregarded years of sexual harassment and assault by former psychology professors.

"Redmond's actions, reported by the survivors who came forward, are reprehensible and antithetical to the educational mission of our university," he said. "On behalf of Yale, I am deeply sorry Redmond's behavior was not stopped once and for all when it was first reported."

The investigation chronicles the "textbook grooming behavior" Redmond is accused of using to exploit students, garner their trust and establish control. The Yale professor allegedly had a regular routine with interns he hosted at his research site on St. Kitts, a quiet island known for its population of vervet monkeys: invite students for an alcoholic beverage, require a male intern to share a bedroom with him - claiming other researchers would be arriving soon or additional cleaning charges would be too expensive - and then sexually assault the student.

In 1994, several undergraduate students first reported claims of sexual molestation and harassment by Redmond to the chair of the medical school's psychiatry department, according to the report. In a settlement with a student, Redmond promised to close his summer research program, but Yale did not implement a monitoring mechanism to ensure that he did so, the report found.

"[It is] clear that if Yale had implemented a long-standing monitoring program after the 1994 investigation, Redmond's ongoing misconduct might well have been detected and stopped," the report read. "In addition, at various points after 1994, several members of the Yale community had concerns about Redmond's subsequent interactions with certain students, which, if they had pursued, might have prompted Yale to further scrutinize Redmond's conduct and potentially uncover his misconduct."

In 2018, a Yale student reported a new allegation of sexual assault against the professor to the school's administration. With disciplinary action pending and word that the 1994 allegations had resurfaced, Redmond retired quietly from the faculty in May 2018. But it was not until months later, after another complaint of sexual misconduct against him was made, that the university began the independent investigation.

Yale students and faculty members have long pushed the administration for greater oversight of those found to have committed sexual assault.

Valentina Connell, a senior who helped lead protests on campus after then-Supreme Court nominee Brett Kavanaugh, a Yale graduate, was accused of sexual assault, said professors found to have committed sexual misconduct are often allowed to continue teaching. For students, who might fear retaliation from those in power, filing a complaint can often be an arduous process, she said.

"Yale has a culture of letting professors with allegations of sexual misconduct get by without consequences," Connell said.

"There's no altruism involved, as far as I can tell," Jonas said. "They're not as concerned about doing the right thing as they are with their image, obviously, because that's important financially for the university."