Data from Refinitiv shows the total value of projects in the scheme stands at $3.67 trillion, spanning countries in Asia, Europe, Africa, Oceania and South America. 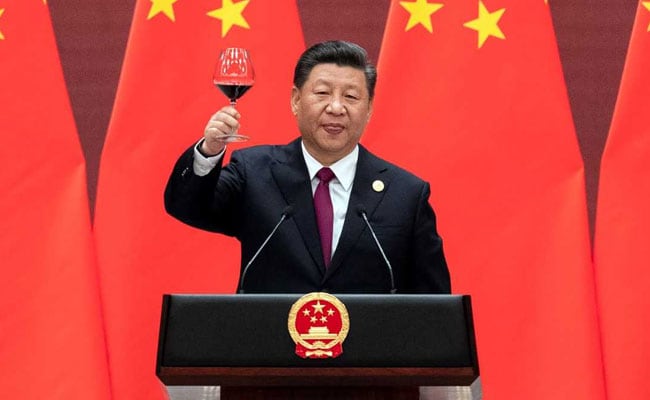 Initiative to recreate the old Silk Road is to deliver green and high-quality development.

President Xi Jinping on Saturday hailed deals worth more than $64 billion signed during China's Belt and Road Initiative (BRI) this week as he sought to reassure skeptics the project will deliver sustainable growth for all involved.

Xi said market principles will apply in all Belt and Road cooperation projects and that his signature initiative to recreate the old Silk Road joining China with Asia and Europe will deliver green and high-quality development.

"More and more friends and partners will join in Belt and Road cooperation," Xi said in his closing remarks. "The cooperation will enjoy higher quality and brighter prospects."

Data from Refinitiv shows the total value of projects in the scheme stands at $3.67 trillion, spanning countries in Asia, Europe, Africa, Oceania and South America.

Some partner nations have complained about the high cost of projects of BRI, which was launched in 2013, while some western governments view it as a means to spread Chinese influence abroad, saddling poor countries with unsustainable debt.

China said this week it will establish a framework on debt sustainability to "prevent and resolve debt risks" as part of its efforts to allay such fears.

While most Belt and Road projects are continuing as planned, some have been caught up by changes in government in countries such as Malaysia and the Maldives.

China's state asset regulator said on Friday that at least 17 central government-owned firms, including companies such as China Railway Construction Corp and Mengniu Dairy, signed deals at the Belt and Road forum.

These deals totaled more than $20 billion in value, according to Reuters calculations.