Spaniard Saturnino de la Fuente Garcia had been declared the oldest living man in the world when he turned 112 years and 211 days old, Guinness World Records said on Wednesday. 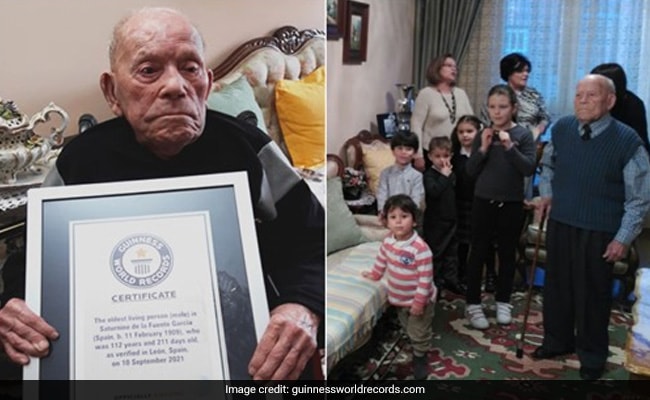 He had been declared the oldest living man in the world when he turned 112 years and 211 days old, the London-based organization said, and had been due to celebrate his 113th birthday next month.

Owing to his diminutive stature, the 1.5 meter (4.9 feet) tall Spaniard, who was born in Ponte Castro, Leon, on February 11 1909, avoided being drafted to fight in the 1936 Spanish Civil War and instead ran a successful shoe business.

According to the Guinness website, the oldest person ever recorded was France's Jeanne Louise Calment who died in 1997 at the age of 122 years and 164 days, having been born in February 1875.