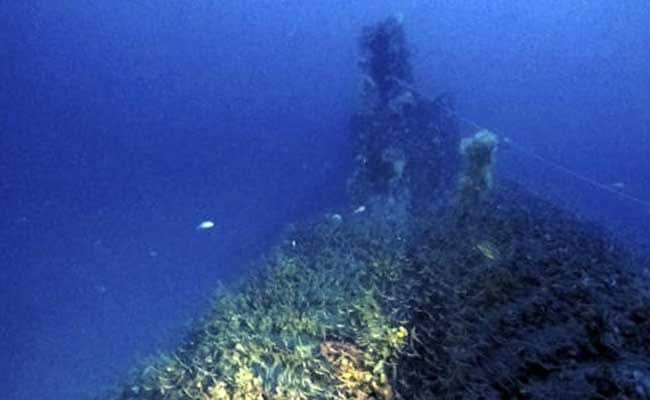 The wreck was found in excellent condition with only a small amount of damage from the explosion. (AP Photo)

London: A long lost British Second World War submarine that vanished 73 years ago has been found with 71 dead bodies of crew off the coast of Italy.

The 1,290 tonne vessel was found by a diving team at a depth of 100 metres, close to the island of Tavolara, off the northeast coast of Sardinia.

The submarine vanished without a trace around Janaury 2, 1943 and is believed was hit by a mine in the Gulf of Olbia.

"Immediately I thought of the destiny of the men who met their deaths down there. It was a fate shared by so many men, submariners in particular, fighting on all both sides of the conflict," diving team leader Massimo Domenico Bordone told Italian media.

The submarine had left Malta on December 28, 1942 for its first mission to destroy two Italian battleships when they lay anchor at the port of La Maddalena.

But after sending a signal on December 31 the vessel disappeared without a trace. Military officials assumed the submarine had been sunk, 'Daily Express' reported.

The wreck was found in excellent condition with only a small amount of damage from the explosion.

"It looks like she probably went down with air sealed inside, meaning the crew eventually died of oxygen deprivation. It's important to have the utmost respect for wrecks in cases like this," Bordone said.

The Royal Navy said it expects the wreck to be treated with respect while they work to confirm the identity of the submarine.