In the first index of its kind, published on Friday, U.N. children's agency UNICEF found that almost all the world's 2.2 billion children are exposed to at least one climate or environmental risk, from catastrophic floods to toxic air. 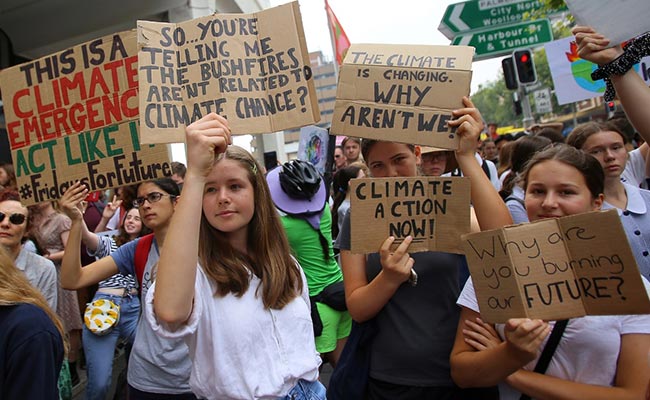 In the first index of its kind, published on Friday, U.N. children's agency UNICEF found that almost all the world's 2.2 billion children are exposed to at least one climate or environmental risk, from catastrophic floods to toxic air.

Last week a U.N. climate panel of the world's top atmospheric scientists warned that global warming is dangerously close to spiralling out of control, with deadly heat waves, hurricanes and other extreme events likely to keep getting worse.

Thunberg, 18, said the UNICEF index confirmed children would be the worst affected, and when world leaders meet in Glasgow in November for COP26 they needed to act rather than just talk.

"I don't expect them to do that, but I would be more than happy if they could prove me wrong," she told journalists ahead of the index's publication on the third anniversary of Fridays For Future, a now-global youth movement that started with her solo protest outside her Swedish school.

Thunberg was joined by young activists around the world including Mitzi Jonelle Tan, 23, from the Philippines, who spoke of doing homework by candlelight as typhoons raged outside or fearing drowning in her bed as floodwaters filled her room.

After months of extreme weather and dire warnings from scientists, world leaders' "empty promises and vague plans" were no longer enough, Tan said.

"There's no excuse for this COP... to not be the one that changes things."

Henrietta Fore, UNICEF executive director said young people globally were leading by example, pointing to a survey by the organisation that found nine in ten of them in 21 countries felt it was their responsibility to tackle climate change.

They were more at risk than adults in the "increasingly unrecognisable" world they stood to inherit, she said, being less able to survive extreme weather events and more susceptible to toxic chemicals, temperature changes and disease.