The focus for this week's annual meeting in Davos will be as much on hearing from climate change activists as on rapid-fire corporate dealmaking in a succession of cocktail-fuelled soirees, organisers insist. 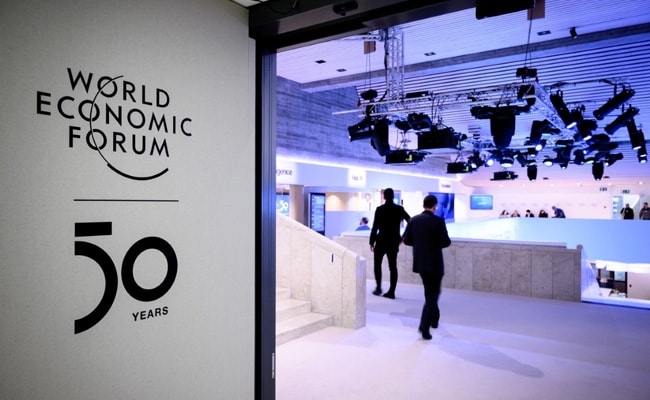 This year's theme at Davos is, "Stakeholders for a Cohesive and Sustainable World."

Like others approaching middle age, the World Economic Forum turns 50 insisting it has matured, that it has moved on from hard partying and wants more meaningful relationships.

The focus for this week's annual meeting in Davos will be as much on hearing from climate change activists as on rapid-fire corporate dealmaking in a succession of cocktail-fuelled soirees, organisers insist.

Guests will include Swedish climate activist Greta Thunberg and Micah White, co-creator of the anti-finance movement Occupy Wall Street, alongside the more traditional parade of chief executives, celebrities and politicians such as US President Donald Trump.

White conceded that "attending Davos will most likely be reputational suicide". Nonetheless, he argued for a "difficult alliance" between activists and members of the economic and social elite.

That much is required if the WEF wants to live up to its slogan of "improving the state of the world", a lofty progression since it began in 1971 as a cosy Alpine get-together for European businessmen under the guidance of German economist Klaus Schwab.

From a symposium first devoted to bringing US-style best practice to Europe, the forum has evolved into "some sort of speed dating" for economic and political leaders, former European commissioner Pierre Moscovici told AFP.

Schwab's attempts to broaden the agenda, to include issues such as climate change and income inequality, are a "sincere" attempt to enhance the dialogue, Moscovici said.

Privately, company CEOs are gushing in their praise of Davos as an unparalleled opportunity to hobnob with their peers and forge contracts.

Critics say that many of those CEOs will undercut the WEF's commitments on the environment by jetting to Switzerland aboard private jets. The forum stresses its actions to counter that, such as carbon offsets.

Whatever the gap between rhetoric and reality, some appreciate the potential to do good.

Winnie Byanyima, formerly head of Oxfam International who is now executive director at the UNAIDS agency, said she goes to Davos "to speak truth to power".

In 2005, actress Sharon Stone strong-armed the audience of a headline conference and came up with pledges worth more than $1 million to buy mosquito nets for children in Africa.

Thunberg will be hoping for the same kind of impact when she speaks to the well-heeled crowd to urge them to abandon investments in fossil fuels.

Mohamed El-Erian, former head of the giant investment fund Pimco, has called for a "rethink" of the forum so participants go not only "to see and be seen" but also for a deeper discussion.

Such appeals have mounted as globalisation has accelerated, forcing organisations like the WEF to look beyond their founding goals. In the years since 1971, the Earth's population has more than doubled to 7.7 billion people.

Average global temperatures have risen by one degree Celsius, China's share of global economic output has leapt more than five-fold, and the Cold War has given way to a fragile new order.

From 1971, for many years, "Davos Man" ruled the roost, most often the head of a sizeable company. He was typically white. Today, a measure of diversity has crept in as the WEF looks to enhance representation by women and developing countries.

Byanyima, a Ugandan, first attended in 1996. She said she was struck that "the meeting rooms were full of middle-aged white men".

"That has changed to some extent," but not too much, she said, while stressing: "Davos is exactly the place where we should be challenging the global elite."

Still, many remain unimpressed with what the WEF represents in its 50th year.

"If I went to Davos, it would be to stand behind police barriers" to protest, not as a participant in the "big circus", said Maxime Combes of the French activist group Attac.

Warm words on any given topic in Davos do "not lead at all to changed behaviour", he said.