Woman Who Paid $9,000 To Have Someone Take Classes As Son Pleads Guilty 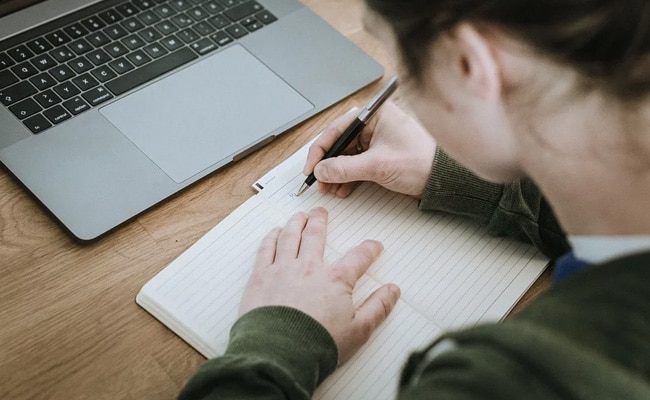 Prosecutors will recommend four months in prison and a fine of $9,500 and restitution

A woman from California has agreed to plead guilty to a charge filed Monday alleging that she paid $9,000 to have someone take online classes to help her son graduate from Georgetown University, according to federal prosecutors.

Prosecutors will recommend four months in prison, one year of supervised release, a fine of $9,500 and restitution, according to terms of the plea agreement reached with Karen Littlefair, 57, of Newport Beach, California. She was charged with one count of conspiracy to commit wire fraud, a charge that carries a sentence of up to 20 years in prison.

The charges are the latest prosecutors have brought in a national college admissions investigation that uncovered a scheme to help children of wealthy parents gain admission to elite universities. Parents paid for cheating on standardized tests and for ruses that made their children appear to be recruited athletes, according to the U.S. attorney's office in Boston, which is prosecuting the cases stemming from Operation Varsity Blues. The cases cast a spotlight on the desperation some families feel over college admissions, and the lengths some will go to to secure a coveted spot.

Prosecutors say Littlefair worked with a private college counselor and others to pay about $9,000 to have an employee of William "Rick" Singer's college-counseling business take four online classes at Georgetown and elsewhere in place of her son, and to fraudulently submit the credits to help him graduate from college.

Her son graduated in May 2018 from Georgetown.

Singer pleaded guilty previously, and is cooperating with the investigation.

Kenneth Julian, an attorney for Littlefair, said, "My client has taken the earliest opportunity to take responsibility for her conduct." He declined to comment further.

Georgetown University was the target for some other parents who allegedly paid Singer to help their children gain admission. Meghan Dubyak, a spokeswoman for the university, said the school began investigating a former coach, Gordon Ernst, in 2017, and put him on leave when the admissions office flagged irregularities in the athletic credentials of two students being recruited to play tennis. Those applicants were not admitted, and that investigation led to changes in the way the university recruits and verifies athletes' participation on teams.

Ernst, who has since been charged by federal prosecutors and has pleaded not guilty, was asked to resign.

The announcement of Varsity Blues indictments in March led Georgetown officials to launch a further investigation, Dubyak wrote in an email, focusing on whether students knowingly provided false information to the admissions office. In May they dismissed two admitted students.

That review indicated problems with a graduate who had taken online classes, Dubyak said.

The university's Honor Council investigates and adjudicates cases in which there is a potentially serious violation of the school's honor system, with penalties including revocation of a Georgetown degree.