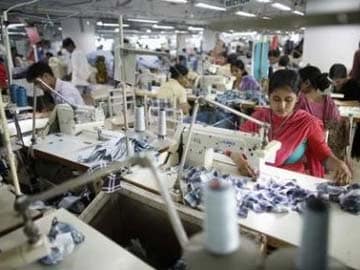 File photo: Employees work in a factory in Dhaka.

Berlin: Inspectors hired by a group of Western clothing brands have found safety problems at all the Bangladesh factories they visited as part of an initiative launched after a building collapse last year killed more than 1,100 workers.

The Accord for Fire and Building Safety in Bangladesh is seeking remedial action after identifying more than 80,000 safety issues, while the country's $22 billion garment industry grapples with slowing export growth as buyers turn to India, Myanmar, Vietnam and Cambodia because of concerns over workshop safety, higher wages and political instability.

More than 180 clothing brands and retailers, including the world's biggest fashion chains Inditex and H&M, joined the Accord that was set up after the disaster at the Rana Plaza in April 2013 and the body said it has now completed initial inspections of 1,106 factories.

"We have found safety hazards in all factories," Brad Loewen, the Accord's chief safety inspector said in a statement on Tuesday.

Each was visited three times to check fire, electrical and structural safety, and the Accord team is now working with factory owners, brands, and labour colleagues to ensure safety recommendations are implemented, Mr Loewen said.

In many cases the issues were easy to address, such as shifting excessive loads from higher floors, but the Accord has also demanded more substantial measures, such as the reinforcement of support columns and the installation of approved fire doors and alarms.

The inspectors asked the Bangladesh authorities to impose immediate evacuation orders and suspend production at 17 factories with a heightened risk of collapse, while structural issues at 110 factories could be addressed without closure.

The Accord was established after the collapse of the eight-storey Rana Plaza building exposed the inadequacy of the safety regime in Bangladesh, where 5,600 garment factories are inspected by different local agencies that often lack sufficient technical equipment and the required expertise.

North American companies such as Wal-Mart and Gap set up the separate Alliance for Bangladesh Worker Safety, which is inspecting 580 factories. The Accord has accepted Alliance reports on more than 300 factories used by brands from both groups.

The groups have faced criticism from Bangladesh factory owners about the recommended shutdowns and the cost of remedial work demanded, while workers are worried about who will pay their wages during temporary closures.

Retailers have not committed to pay for factory improvements demanded by the inspectors, but they have agreed to discuss possible assistance with wages and safety improvements.

The Accord said it has already agreed more than 400 corrective action plans with the factories it has inspected and its engineers will make periodic visits to check on progress.

Promoted
Listen to the latest songs, only on JioSaavn.com
Alan Roberts, the Accord's head of international operations, said that brands and retailers were showing a growing commitment to support remediation efforts in factories that supply them.

He said that the next phase would be to monitor the corrective action plans and start a training programme to set up occupational health and safety committees involving workers.
© Thomson Reuters 2014