Why People In Japan Are Unhappy Despite 10-Day Long Holiday

A survey has found that nearly half the working population are unhappy with the long holiday that runs from April 27 through May 6. 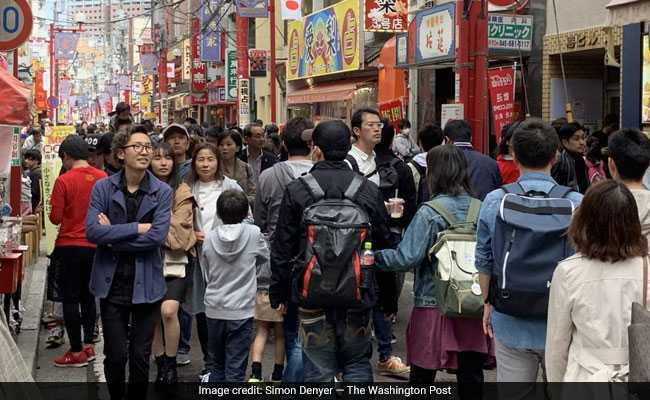 People are worried about crowded tourist sites and closed child care homes during the long holiday.

It was supposed to a period of joyous national celebration, the 10-day Golden Week public holiday extended this year to celebrate the ascension of a new emperor to the Chrysanthemum Throne.

So why are so many people miserable and stressed?

"The ridiculous idea of the century," complained the Daily Gendai, a tabloid popular with salarymen, as Japan's ubiquitous legions of office workers are known. "Only rich people are delighted. Don't give us 10-days consecutive holidays."

With travel expensive and tourist sites crowded, banks and many child-care centers closed, and some small businesses struggling, the mammoth holiday simply isn't turning out to be the unalloyed celebration the government had intended.

Everything from email anxiety to social anxiety compounds the problems for many Japanese people. The dissatisfaction exposes the problems of overwork, inequality and social fragmentation in modern Japan.

Part of the reason: Workers in many of Japan's service industries simply aren't getting time off. Indeed, staff shortages in the country's tight labor market mean that many are pulling extra-long shifts over the break. "A hellish 10 days" for the service industry, read one tweet cited in a survey published by the Nikkei financial newspaper.

"Someone's 10 consecutive holidays is made up by someone else's 10 days of consecutive service," said one tweet shared or liked 120,000 times, quoting a disgruntled employee of a department store who just learned he had to work the entire period.

Another Twitter survey by User Local found not only positive words such as "good" and "rest" associated with Golden Week, but also "service industry," "die," "busy," "crowded" and "scared."

A trending blog post on Niconico, a news portal popular with young people, summed up the mood among many: "Fit of anger against the government from those who cannot take days off during Golden Week."

In a post by the Career Connection media outlet, a woman in her 30s complained that she couldn't take any time off at all, because the hotel where she works is fully booked. "If it was the government who decided on a 10-day holiday, they should think about people in the service sector who can't take leave," she wrote. "I wish they would at least raise wages during the holidays."

Golden Week refers to a string of holidays from the birthday of the Emperor Showa to Children's Day that come in quick succession every year, meaning many people get the week off. The term was first coined by movie companies to get people to take advantage of a "golden opportunity" to watch a film, but it soon became part of common usage.

This year, the holiday has been extended, to mark the abdication and retirement of Emperor Akihito and the ascension to the throne of his son Naruhito, with ceremonies on Tuesday and Wednesday.

Many offices are closed, but Japan's harried office workers aren't necessarily looking forward to the time off.

A survey of 600 working women conducted by Coca-Cola (Japan) found what it called an unexpected result: Nearly 2 in 3 felt "preholiday" stress and were despondent as the break approached.

"It's depressing to imagine thinking about tons of emails after the holidays," one woman was quoted as saying, while another worried about the work that would pile up for her during the time off.

Nor is everyone quite sure what to do with the enforced leisure.

A survey by the Meiji Yasuda insurance company found that three out of every four people plan to spend the week relaxing at home. A similar proportion of those surveyed by the Spacemarket rental company said they had no plans for the week.

Many are put off by sharp rises in airfares and hotel rates - a website run by H.I.S. travel agency showed that combined costs of flights and stays have tripled over the holiday. Others can't cope with the crowds, or simply left it too late to make a reservation, a survey by Hankyu Travel found.

But Spacemarket's survey found that many people wanted to ask their friends to hang out, but hadn't done so because their friends seemed "too busy" or because they were worried about rejection. Instead, many will probably end up at home, trying to catch up on sleep and watching TV or DVDs.

Many housewives weren't looking forward to the holiday, a survey by Do House found, mainly because of the added burden of cooking and housework with their families at home. Others worried about traffic congestion or unintended overspending.

Families with children have been complaining for months that many child-care centers will be closed, with the problem especially acute for parents who still have to work. Local governments have been offering centers subsidies to stay open or offering alternative plans.

There are also concerns that hospitals are struggling to secure enough doctors to work over the holiday or that financial markets might react after the break are other complaints. The Daily Gendai blamed Prime Minister Shinzo Abe and Foreign Minister Taro Aso, who are believed to be the richest politicians in Japan.

"The common people's reality is unimaginable for the Abe-Aso pair," the tabloid wrote.

(Except for the headline, this story has not been edited by NDTV staff and is published from a syndicated feed.)
Comments
JapanJapan happiness indexJapan people