Ryu Yong Chol, has become the public face of the isolated country's battle against the epidemic, the equivalent of U.S. COVID-19 czar Dr Anthony Fauci or the director of South Korea's disease prevention agency, Jeong Eun-kyeong. 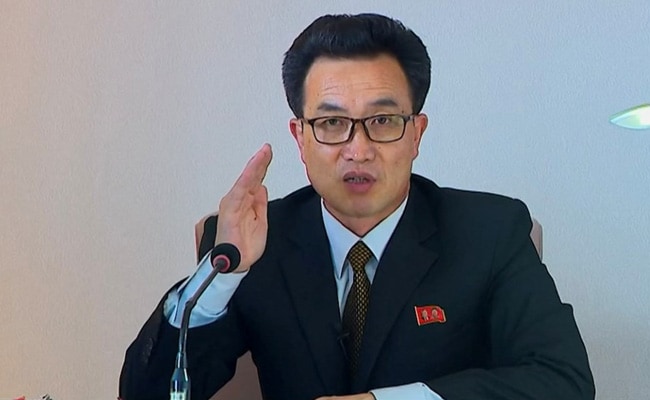 At 9:30 a.m. every day this week, a soft-spoken official has appeared on North Korean television to report the number of people with fever and new deaths, and to explain measures to stop North Korea's first confirmed COVID-19 outbreak.

The little-known official, Ryu Yong Chol, has become the public face of the isolated country's battle against the epidemic, the equivalent of US COVID-19 czar Dr Anthony Fauci or the director of South Korea's disease prevention agency, Jeong Eun-kyeong.

For more than two years, with its borders sealed, North Korea did not report a single case of covid, which sceptics abroad suggested was more a reflection of its traditional state secrecy than a real absence of the coronavirus.

Since confirming its first outbreak and declaring a state of emergency last week, North Korea has changed tack. Appearing to take a page from playbooks of many other countries, it is releasing detailed data about the spread of the virus and advice on how to avoid it.

Ryu works for the state emergency epidemic prevention headquarters, KCNA has reported, which appears to be newly set up to tackle COVID-19.

Like its South Korean equivalent, the North Korean agency holds daily briefings, chaired by Ryu, though without questions from reporters.

Ryu, dressed in a suit and with horn-rimmed glasses, comes across as sensible and to-the-point, uncommon qualities on North Korea's tightly controlled television better known for the histrionics of its announcers and fawning military commanders.

"We should strengthen efforts to control and isolate every and each infected person without exception so as to thoroughly eliminate any spaces where the infectious disease can spread," Ryu said on Friday, urging "guarding against loopholes".

North Korea has reported 2,241,610 people with fever and 65 deaths among its 25 million people. It lacks testing capacity and has not specified how many of those people have been confirmed to have contracted COVID-19.

Little is known about Ryu, including his medical qualifications.

An official at South Korea's unification ministry, which handles North Korean affairs, said Ryu previously held that position, though it was not clear whether he was the person cited in the report.

The new North Korean media strategy of apparent openness on COVID-19 was in line with a push by Kim to build a "normal state" by improving transparency and acknowledging defects, said Yang Moo-jin, a professor at the University of North Korean Studies in Seoul.

"He can also encourage people to report symptoms and join efforts to tame the outbreak, in which public participation is key," Yang said.

"There's some propaganda value, as the figures are relatively lower than those reported elsewhere," Yang said.

Another unification ministry official said North Korea might have taken lessons from other countries and is releasing facts and figures as part of an effort to "mobilise every means available", given the urgency of the outbreak.

Yang pointed out what seem to be significantly low fatalities than elsewhere, saying the death count might have be under-reported to head off political trouble.

"Publishing death tolls could require political considerations as a surge in deaths will likely stoke people's fear and sour public sentiment," he said.