'Why Are Cameras Off': Journalists Shout At White House Spokesman Sean Spicer 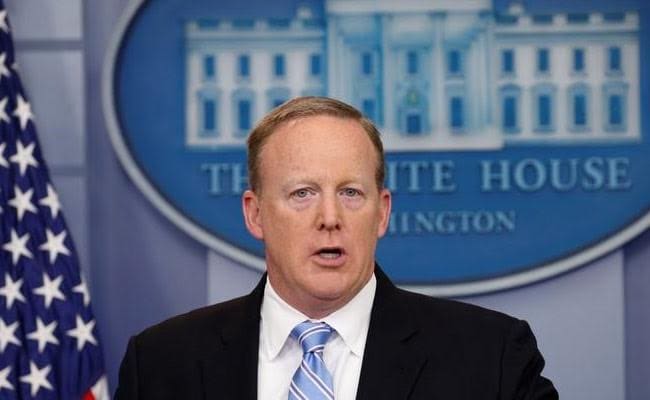 Sean Spicer has complained reporters do too much grandstanding for the cameras. (Reuters)

Washington: White House spokesman Sean Spicer drew the ire of some reporters today for banning cameras from daily press briefings as part of what Spicer called an effort to vary the routine.

"Why are the cameras off, Sean? Why did you turn them off?" shouted CNN correspondent Jim Acosta. Other reporters chimed in.

"You are a taxpayer-funded spokesman for the United States government - can you at least give us an explanation for why the cameras are off?" Acosta asked.

Spicer answered questions for audio only about President Donald Trump's healthcare overhaul bill, a Supreme Court ruling on Trump's travel ban, and Trump's tweets about investigations into Russian meddling in the 2016 presidential election.

Still cameras were allowed in but TV cameras were not, a practice Spicer started a few weeks ago. On Friday, CNN sent a courtroom sketch artist to capture the scene and make a point.

White House briefings have been open to live television broadcasts since the presidency of Bill Clinton in the 1990s when then-press secretary Mike McCurry decided to make them available to general viewership.

In more recent years McCurry has publicly questioned whether he made the right decision.

Spicer has complained reporters do too much grandstanding for the cameras. He told reporters there was nothing wrong with mixing up the routine.

"Some days we'll have it - some days we won't," Spicer said, noting Trump would be speaking later alongside India's prime minister. "I want the president's voice to carry the day."

The White House Correspondents' Association has urged Spicer to keep the briefing televised in the interests of transparency and a healthy democracy. Reuters White House correspondent Jeff Mason is association president.
© Thomson Reuters 2017

(Except for the headline, this story has not been edited by NDTV staff and is published from a syndicated feed.)
Comments
White HouseWhite House spokesmanSean Spicer