The judge's order is a windfall for Democrats who want details hidden within the redacted parts of Robert Mueller's investigation. 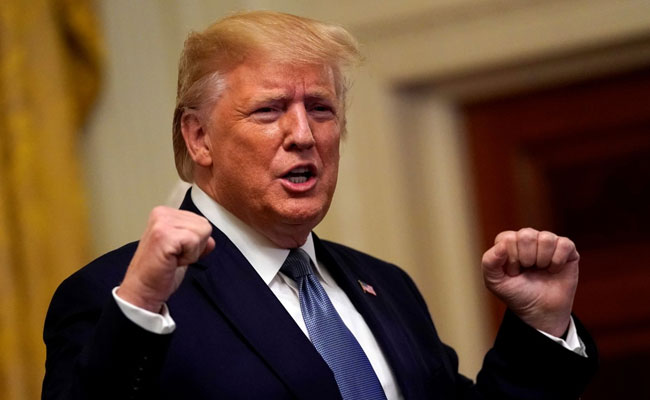 Donald Trump's White House officials are privately conceding they are losing the messaging battle against Democrats in the month-old, rapidly moving impeachment inquiry against the US President and have scrambled to create an impeachment war room that huddles together at 10 am almost everyday to figure out an on-the-go communications strategy against the mounting threat to the Trump presidency.

Adding to the peril, a judge on Friday handed a thumping victory to Donald Trump's rivals, ordering the US Justice Department in a 75-page ruling to give the Democrat-controlled House a secret grand jury testimony from former special counsel Robert Mueller's Russia investigation. This is a windfall for Democrats who want details hidden within the redacted parts of Mr Mueller's report for the impeachment inquiry.

Although Donald Trump's Twitter thumb continues to be the main communications tool against the steady drip of grim news, die-hard allies like Steve Bannon and Republicans in general are admitting that the president may have finally met his match in "tough as boot leather" House speaker Nancy Pelosi.

"I don't care if you hate Nancy Pelosi. This is a master, and she is teaching a master class", Donald Trump's former chief strategist Steve Bannon has said repeatedly while predicting that articles of impeachment will be brought before the House around Thanksgiving this year.

The White House continues to monitor Republican support in the Senate which is what matters in the end, if it falls on the Senate to decide whether to remove Donald Trump from office.

The one-month old Democratic opposition-led impeachment inquiry into President Trump's alleged pressure on Ukraine for dirt on a political opponent is turning up the heat on the White House several notches.

Democratic leaders have Friday begin talking about moving the investigation into the public realm from what has until now been mostly closed door testimonies. Three current and former US officials have confirmed the storyline of quid-pro-quo with Ukraine.

Current and former Trump administration officials have begun a regular parade in the majestic halls of US Congress, defying the president and talking to opposition Democrats in painstaking detail about the President's dealings with Ukraine.

Former Ukrainian envoy Kurt Volker released text messages to the House that list out conversations between him, Gordon Sondland, the US ambassador to the European Union, and Bill Taylor, the top American diplomat in Ukraine.

Mr Taylor, in the messages, wrote that he thought it was "crazy" to withhold aid from Ukraine for help with a political campaign.

The diplomat testified that he was told the aid to Ukraine would be withheld until that country followed through with the investigations that Donald Trump wanted.

President Trump maintains that there was no quid pro quo although witness testimonies to the House have contradicted that claim.

When investigators finish their work on the ongoing inquiry, the findings will be sent to the House Judiciary Committee after which Democrats are likely to write articles of impeachment.

Ms Pelosi has refused to specify any timeline, only saying she wants to get things done "expeditiously."

Taken together, the chatter in Washington DC points to a year-end climax. If the House votes for impeachment, the Senate then takes it up for a trial.

Polls on public opinion on the impeachment inquiry have been fairly stable over the last four weeks. The fourth edition of a Quinnipiac poll found that a majority of Americans - 55 per cent - approve of the inquiry. Disapproval has stayed between 43 and 45 per cent.

Donald Trump remains defiant, he's calling his party grandees "human scum", his Republican firewall has not cracked yet, and five more depositions are scheduled for next week. Political commentators are saying that the President is burning it all down because the walls are closing in.