White Ex-Cop Charged In Killing of Black Man in US 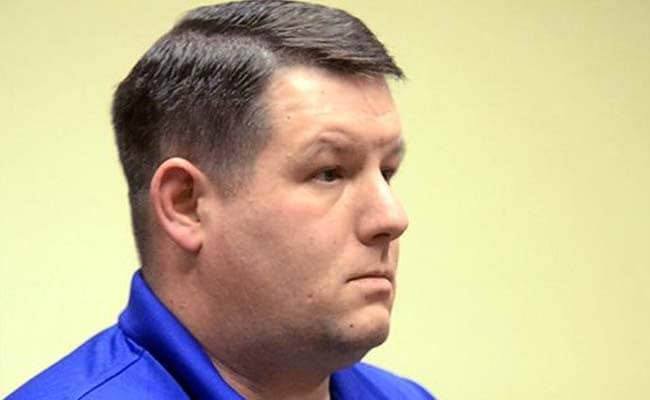 A white former police chief here was indicted on murder charges in the 2011 shooting death of an unarmed black man after an argument, a case that instantly drew comparisons to the Ferguson shooting and the chokehold death in New York.

The indictment of Richard Combs, the former chief and sole officer in the small town of Eutawville, was released on Thursday. He faces 30 years to life in prison if convicted in the death of Bernard Bailey.

Combs' lawyer accused prosecutors of taking advantage of national outrage toward police and the justice system to get the indictment.

"He's trying to make it racial because his timing is perfect," attorney John O'Leary said. "He's got all the national issues going on, so they want to drag him in and say, look what a great community we are here, because we're going to put a police officer who was doing his job in jail for 30 years. That's wrong. That's completely wrong."

Prosecutor David Pascoe said he had always planned to seek a murder charge if a judge threw out the former chief's "stand your ground" self-defense claim, which happened last month.

Combs, 38, had previously been charged with misconduct in office for the shooting. He had faced up to 10 years in prison.

The indictment is one of three this year for white officers in the shootings of unarmed black men in South Carolina, which has a dark and painful past of civil rights violence.

The shooting happened in May 2011. Bailey's daughter received a traffic ticket from the chief for a broken taillight and called her father to the scene. Bailey and Combs argued, but eventually went their separate ways. The police chief got an arrest warrant for Bailey for obstruction. A few days later, Bailey went to Town Hall to argue about his daughter's ticket. When he showed up, the chief tried to arrest Bailey, a 6-foot-6 former prison guard.

Prosecutors said Bailey marched back to his truck, and Combs tried to get inside to turn off the ignition. The two fought, and Combs shot Bailey, 54, twice in the chest.

Combs said he was tangled in Bailey's steering wheel and feared for his life if Bailey drove away. Last month, a judge threw out his self-defense claim and ruled Combs should have let Bailey leave.

In March 2013, the Justice Department cleared Combs. Pascoe announced he would begin his own investigation and in August last year, a grand jury indicted Combs on the misconduct charge.

Combs' trial on the misconduct charge had been set to start next week, but after the murder indictment, a judge delayed it until at least January.

Combs' bail was set at $150,000. He is unemployed. He was placed on leave after the shooting, and the town let him go six months later.

In August, Bailey's family reached a $400,000 wrongful death settlement with Eutawville, which is outside Columbia.

Eutawville has about 300 residents, one-third of them black. Its Main Street has a hardware store, a pharmacy and medical supply store, and a number of empty storefronts.

Promoted
Listen to the latest songs, only on JioSaavn.com
Combs worked as a deputy for the Orangeburg County Sheriff's Office for six years before being fired in 2007 for "unsatisfactory performance," according to documents from the South Carolina Criminal Justice Academy obtained by The Post and Courier of Charleston for a 2011 story.

Combs completed police chief's training in Eutawville just four days before the fatal shooting, the newspaper reported.White ex-cop charged in killing of black man in US