When the Nobel Prize is a Family Affair 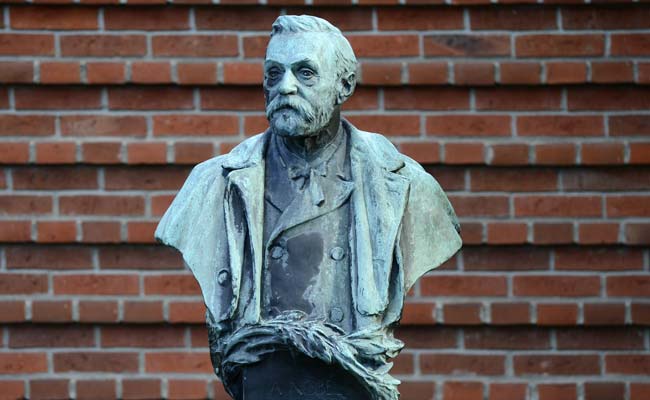 Stockholm: Since the creation of the Nobel prizes in 1901, six children have followed in the footsteps of their parents, becoming Nobel laureates themselves.

The Curie family alone clocked up a grand total of five awards: two to Marie Curie, who first won the physics prize 1903 with her husband Pierre and Henri Becquerel, and then the chemistry distinction in 1911.

Irene, her eldest child, was awarded the chemistry Nobel with her husband Pierre Joliot in 1935.

For Ulrika Bjoerksten, director of science programmes at Swedish public radio, the appearance of Nobel families down through the decades "shows the importance of social inheritance".

- 'Social heritage' -
Some might argue that Irene Joliot-Curie, Aage Bohr and Roger Kornberg -- all prize winners with Nobel laureate parents -- had the advantage of finding it easier to gain recognition for their work and be nominated by their peers.

"They all had a parent who succeeded in transmitting their interest," said Nobel Museum senior curator Gustav Kaellstrand, adding that "having a well-known name doesn't favour the candidates".

For the Nobel committees, which choose the winners and keep their deliberations secret for 50 years, being the child of an existing laureate is neither a handicap nor an advantage.

"Having been nominated is a sign of competence," Kaellstrand said, adding that growing up in a scientific environment makes people better at surrounding themselves with the right people.

But they still have to prove themselves, he said, referring to Denmark's Aage Bohr, who received the physics prize in 1975, 53 years after his father, Niels Bohr.

"Aage Bohr didn't win the Nobel because his father was called Niels Bohr, he had to do something extraordinary himself."

- Learn to think -
Marie Curie's grandson Pierre Joliot told AFP that his prize-winning mother Irene Joliot-Curie "fell into the magic potion when she was a child, she most probably never asked herself if she wanted to be a researcher or not," Joliot said.

"She quickly became one of her mother's main research colleagues, and she clearly was very much influenced by her."


US Nobel medicine laureate Arthur Kornberg, who won the award in 1959, never worked with his son Roger, who got the chemistry prize in 2006, but he said in an interview with US broadcaster PBS that he used to take his children to his laboratory at weekends.

His son was so marked by the experience that, aged eight or nine, he asked to spend a week among microscopes and test tubes as a Christmas present.

Kaellstrand believes parents play a key role is shaping laureates. They all have "parents who taught them how to think... and stimulated their reflection."

But he added that another factor was perhaps even more important.

"An American researcher showed in the 1970s -- and it's still relevant today -- that very many laureates have had a Nobel prize winner as their research supervisor."

Promoted
Listen to the latest songs, only on JioSaavn.com
This year, the laureates will be announced between October 6 and 13.

According to some experts, Swedish researcher Svante Paeaebo, son of the 1982 medicine laureate Sune Bergstroem, could win an award for his work on the DNA of the Neanderthals.