Donald Trump's critics have fumed that exiting the Paris deal puts the United States at a disadvantage on the world stage. 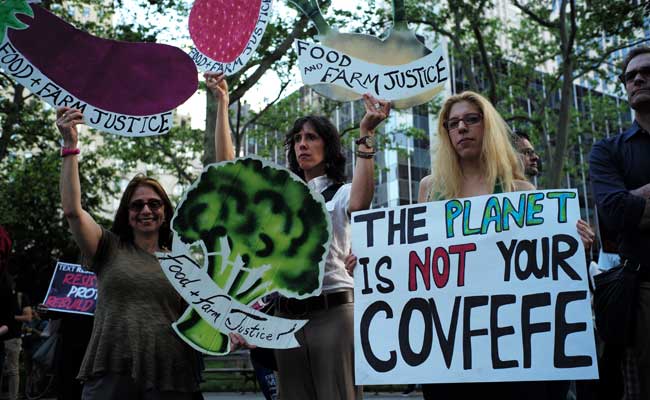 New York: When US President Donald Trump announced America's abandonment of the Paris climate deal Thursday, saying he was elected to represent "Pittsburgh, not Paris," several US cities and states responded with a defiant counter-declaration: We're staying in.

"As the Mayor of Pittsburgh, I can assure you that we will follow the guidelines of the Paris Agreement for our people, our economy & future," Democrat Bill Peduto tweeted in a swift, widely read retort to Trump's move.

As the Mayor of Pittsburgh, I can assure you that we will follow the guidelines of the Paris Agreement for our people, our economy & future. https://t.co/3znXGTcd8C

The Democratic-led states of California, New York and Washington also asserted an environmental independence of sorts, pledging to uphold the global accord's goals to reduce greenhouse gas emissions that contribute to global warming.

"I don't believe fighting reality is a good strategy," California Governor Jerry Brown said in a statement announcing the formation of the United States Climate Alliance.

"If the president is going to be AWOL in this profoundly important human endeavor, then California and other states will step up."

Brown, who championed environmental causes when he first served as governor in the 1970s, oversaw an expansion of California's greenhouse gas reduction standards since returning to the post in 2011.

Trump's critics have fumed that exiting the Paris deal puts the United States at a disadvantage on the world stage.

Several major US corporations had urged Trump to honor the agreement, while Wall Street giant Goldman Sachs's chief executive Lloyd Blankfein, in his first tweet ever, blasted Trump's decision as "a setback" for US leadership in the world.

Governor Andrew Cuomo said his state of New York was committed to complying with the Paris standards -- which call for US reduction of its emissions by 26 to 28 percent from 2005 levels -- "regardless of (the capital city) Washington's irresponsible actions." 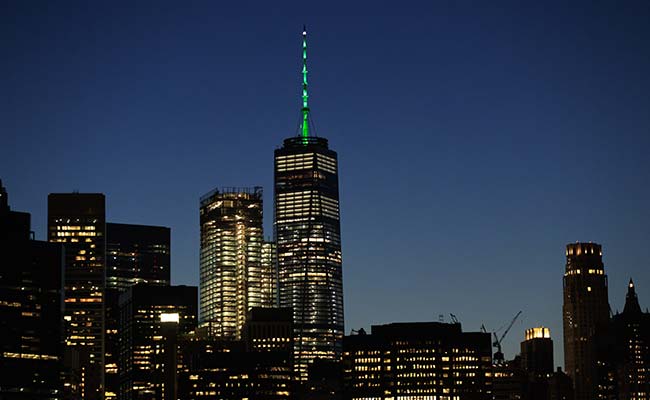 "We will not ignore the science and reality of climate change," he said, adding that Trump's "reckless" decision could have "devastating repercussions" for the planet.

California is the US's most populous state. Along with New York and Washington, the three represent more than one-fifth of US gross domestic product. They have urged other states to join their movement.

The governors said the alliance would work to sustain and strengthen existing climate programs, promote the sharing of information and best practices, and implement new programs to reduce carbon emissions from all sectors of the economy.

Democratic cities and states, aware that the American public as a whole is increasingly concerned about climate change, are taking their stand, perhaps in recognition that the issue could become a pivotal one in the congressional and governor elections in 2018, and perhaps the presidential race in 2020.

"Make no mistake, climate change is on the ballot for every election until we reverse this immoral action," said Senator Brian Schatz of Hawaii.

The island state's governor, David Ige, said in a statement Thursday that Hawaii was "already taking concrete steps to implement the Paris Accord" and will continue to do so.

The US Conference of Mayors, an umbrella group for leaders of the 1,200 American cities with 30,000 or more inhabitants, issued a call to action similar to that of the tri-state alliance.

"Climate change is one of the greatest threats to our coastal communities, nation and world, and we need coordinated action at all levels of government to meet the scale of its challenge," said New Orleans Mayor Mitch Landrieu, a conference vice president.

"If unchecked, New Orleans, like many coastal cities, will cease to exist. A federal withdrawal from the Paris Agreement is shortsighted and will be devastating to Americans in the long run."

Hours after Trump's announcement, Pittsburgh's mayor took to the airwaves to highlight the potential for grassroots climate change action by communities across the country.

"It was going to happen in the cities around this country, and we'll double down and make sure it does."
Comments
Donald TrumpTrump protestClimate ChangeTrump Climate AccordParis Climate DealUS MayorsPittsburg