The Philippines was to buy more than 20,000 assault rifles from the United States, but some senators, concerned with Duterte's human rights record and rising killings, blocked that sale. 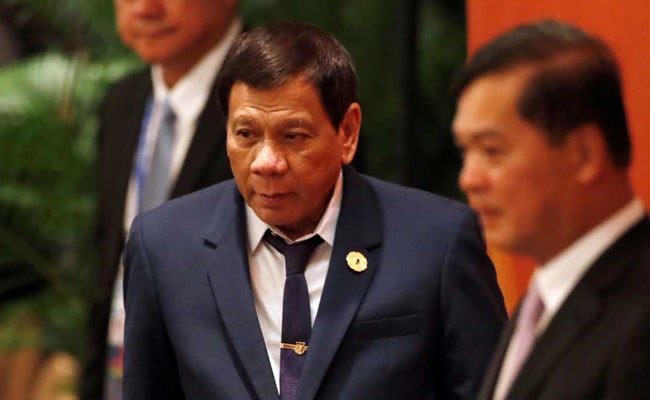 Danang, Vietnam: Philippine President Rodrigo Duterte thanked Moscow on Friday for its "timely assistance" in defeating pro-ISIS terrorists who took over a southern city for months, expressing his willingness to buy Russian weapons.

Duterte last month declared the liberation of Marawi City from Islamist terrorists after 154 days of fighting, which killed more than 1,100 people, including 165 soldiers, and displaced nearly 400,000 residents.

"I want to build a strong armed forces and a strong police and the reason is very important for you to know that we are eyeing - we are buying arms from Russia this time," Duterte told Russian President Vladimir Putin on the sidelines of the Asia-Pacific Economic Cooperation (APEC) summit in Vietnam.

The Philippines was to buy more than 20,000 assault rifles from the United States, but some senators, concerned with Duterte's human rights record and rising killings, blocked that sale.

But China and Russia, whose relations with the Philippines have vastly improved in recent months, donated a total of 11,000 assault rifles and trucks.

"Your timely assistance to my country helped us replenish the old arms and the spent bores that were fired repeatedly and we have a new stock," he said, in transcripts sent to Manila by the presidential communications office.

Manila and Moscow signed a military deal on logistics, including a contract with a state-owned company for the supply of equipment, during the first-ever visit by a Russian defence minister to the Philippines last month.

The Philippines will have a 125 billion pesos ($2.44 billion) fund to modernise the military from 2018 to 2022 through a multi-year congressional allocation to upgrade its hardware, a senior military official told Reuters.

"We are looking at helicopters, small arms and equipment for humanitarian assistance and disaster relief operations, but we are still discussing the specifics," said the same military official who declined to be named because he was not authorised to talk to the press.

"We still prefer US and Western equipment but they are very expensive. If the Russians and Chinese equipment can be comparable in quality, then they can be excellent alternatives."
© Thomson Reuters 2017
Comments
Rodrigo Duterte at APECRussian WeaponsAsia-Pacific Economic Cooperation summit in Vietnam