Woman Stuck In Lockdown With Date Is Now Marrying Him

"I never thought about staying the night, because it's pretty awkward," said Zhao Xiaoqing, who was meeting her date in his city, when authorities there suddenly ordered a Covid lockdown, leaving the woman unable to return home. 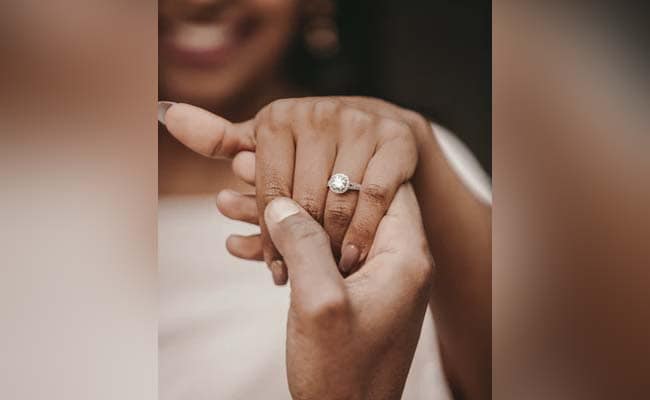 The man's parents urged the pair to tie the knot after just one week together. (Representational)

A Chinese couple who were trapped on a neverending date thanks to a virus lockdown have been relieved to find that love, not the coronavirus, is in the air and have agreed to tie the knot.

It is the second time this month that China's state media have published reports about a couple on a date getting trapped by sudden lockdown rules -- but this one has a happier ending.

Zhao Xiaoqing, a 28-year-old woman from northern China's Shaanxi province, thought her date in mid-December with a young man living in a different city would be a one-day affair where she would also get to know his family.

Young Chinese in smaller cities and rural communities often rely on family and friends to introduce potential matches and can meet their date's family at the same time.

"I never thought about staying the night, because it's pretty awkward," Zhao Xiaoqing, who was meeting the man for only the second time, told local media Jimu News on Monday.

But authorities in her date's city of Xianyang suddenly ordered a lockdown due to a spike in virus cases, leaving the woman unable to return home.

The man's parents urged the pair to get engaged after just one week together -- but Zhao said she felt it was "too rushed."

Zhao said she was "not too interested" when she first saw a photograph of the man -- named Zhao Fei -- but later thought he looked better in real life.

Despite the awkward start, the pair began to develop feelings for each other, and have now decided to get engaged.

"We get along very well," Zhao Xiaoqing, who is an online apple trader, told Jimu News.

"I have to sell apples on livestream at his house, but no matter how late it is he's always by my side. I'm very touched by this," she said.

"Our souls are compatible, we get along very well, and both our parents are happy," she said.

The story captured the imagination of online audiences.

But while some swooned over the relentless march of fate, others warned again rushed decisions.

"Then after a year or two you'll get tired of each other and divorce... I've seen too many of these kinds of flash marriages," wrote one.

"Sis, think clearly about this," warned another.

Zhao's story went viral on Chinese social media just days after another pair made headlines for being trapped on a week-long blind date thanks to a Covid lockdown.

Wang, a woman in central China's Henan province, has been stuck in her suitor's apartment since going for a home-cooked meal as their first date in early January.

But romance has not blossomed for Wang, who complained her date was as talkative as a "wooden mannequin".