Want To Be In The Police In Germany? Don't Be Short Or Have Narrow Hips

A height of 5.28 feet, to be precise, according to a court ruling Thursday in the western German state of North Rhine-Westphalia. 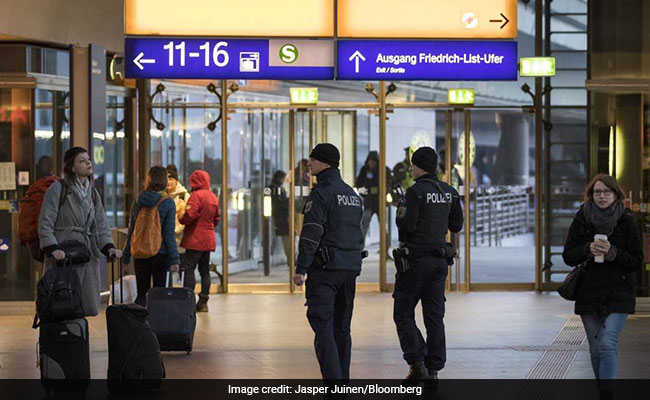 According to that assessment, police officers shorter than 5.28 feet may be overlooked by drivers

To become a police officer in Germany, you need a desire to uphold the law, an appropriate training score - and, at least in some places, a certain minimum height.

A height of 5.28 feet, to be precise, according to a court ruling Thursday in the western German state of North Rhine-Westphalia. While the ruling only applies to North Rhine-Westphalia, some states have no height regulations at all or allow candidates to pass a separate, additional test if they fall below a height threshold.

The court ruled against three women who had attempted to become police officers, but were slightly shorter than the minimum requirement. Explaining the decision, the High Administrative Court argued that "according to a comprehensive investigation by a state working group, it was only possible to assume police service suitability from a height of (5.28 feet)," and that no exceptions should be allowed. Thursday's decision overturned a previous ruling in favor of the three women.

According to that assessment, police officers shorter than 5.28 feet may be overlooked by drivers during traffic controls or - perhaps the most controversial argument - could find it difficult to carry all their equipment because of the size of their hips. The assessment the ruling is based on only became public when German newspaper Suddeutsche Zeitung obtained the document.

Last year, the same court ruled against the state of North Rhine-Westphalia in a different case, forcing it to abandon its previous policy of imposing gender-based height restrictions. Whereas male officer recruits previously had to be taller than 5.51 feet (compared to 5.28 feet for women), the court ruled that the lower female minimum would also have to apply to male candidates.

But women are still disproportionately affected, as about one fifth of female Germans are shorter than 5.28 feet, compared with fewer than 1 percent of male Germans.

For any male candidates smaller than 5.51 feet but taller than 5.28 feet, that's some good news.

Officer candidates shorter than that now have to look for work elsewhere - or move a few hundred kilometers to a German federal state where shorter officers with smaller hips are welcome to join the police.

(Except for the headline, this story has not been edited by NDTV staff and is published from a syndicated feed.)
Comments
police officer germany