US senators on Sunday unveiled a bipartisan plan to invest around $1 trillion in roads, bridges, ports, high-speed internet and other infrastructure 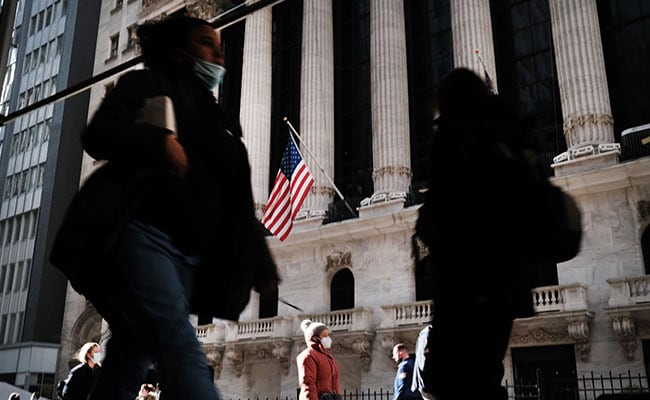 US stocks rose in early trading Monday morning on optimism over government infrastructure spending and strong corporate earnings, even as oil prices fell on broader macroeconomic fear and the spread of the delta variant of the coronavirus continued.

US senators on Sunday unveiled a bipartisan plan to invest around $1 trillion in roads, bridges, ports, high-speed internet and other infrastructure, with some predicting the spending bill, the largest in decades, could pass as early as this week

A rebound in corporate profits and the recent drop in bond yields are also bolstering the case for owning stocks, even as markets stand near records and economic growth is expected to slow. Those factors helped push the S&P 500 index to a near all-time high on Monday, up 20.77 points, or 0.47%, to 4,416.03.The Dow Jones Industrial Average rose 238.94 points, or 0.68%, to 35,174.41, and the Nasdaq Composite added 20.90 points, or 0.14%, to 14,693.58.The MSCI world equity index, which tracks shares in 49 countries, gained 0.65%. At the same time, oil prices fell on Monday as worries over China's economy resurfaced after a survey showing growth in factory activity slipped sharply in the world's second-largest oil consumer, with concerns compounded by higher crude output from OPEC producers.

US crude recently fell 0.96% to $73.24 per barrel and Brent was at $74.77, down 0.85% on the day.Market attention now turns to US manufacturing activity data for July, as well as the Reserve Bank of Australia meeting on Tuesday, the Bank of England meeting on Thursday, and US payrolls data on Friday.

Factories across the world are suffering from supply bottlenecks, which sent prices skyrocketing in July, while a new wave of coronavirus infections in Asia demonstrated the fragile nature of the global recovery.

The 10-year US Treasury yield was at 1.2172%, little changed on the day but having seen a gradual decline since April. Negatively interpreting lower Treasury yields could be a mistake, according to Morgan Stanley strategist Guneet Dhingra. "Investors are fitting a narrative of excessive pessimism to lower yields," Mr Dhingra wrote in a note Sunday.

"Many of these narratives don't stand up to scrutiny," he said, noting low hospitalisations in the UK from the Delta variant as a model for the United States, "suggesting overstated downside risks from COVID-19." The dollar fell back towards the one-month lows hit last week when it became clear the Fed was in no hurry to tighten policy.