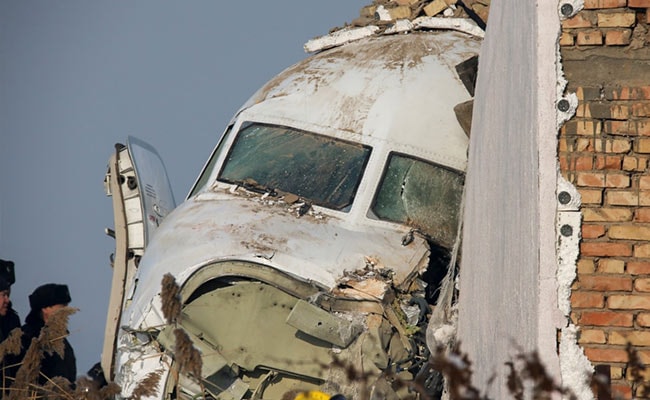 The Fokker 100 lost altitude during take-off and broke through a concrete fence before hitting a two-storey building.

Authorities are looking into possible causes, including pilot error and technical issues.

"In calm weather, wake turbulence persists for two-three minutes," he told a briefing, adding that the crashed Fokker took off about a minute or two after the previous jet.

However, state-owned company Kazaeronavigatsia which is in charge of air traffic control said the 1 minute 52 second interval between the take-offs was in line with regulations.

"We have submitted all the documents and we should wait until the commission finishes its work," Kazaeronavigatsia deputy chief executive Faat Bogdashkin said, referring to the commission set up to investigate the accident.

Kazakh Prime Minister Askar Mamin who heads the commission has ordered it to present preliminary findings by January 10.

(Except for the headline, this story has not been edited by NDTV staff and is published from a syndicated feed.)
Comments
Kazakhstan plane crashBek AirWake turbulance