Vladimir Putin's Dinner With Michael Flynn: 'I Didn't Even Really Talk To Him'

Michael Flynn has declined to testify to the US Senate Intelligence Committee about his Russian ties, invoking his constitutional right to avoid self-incrimination. 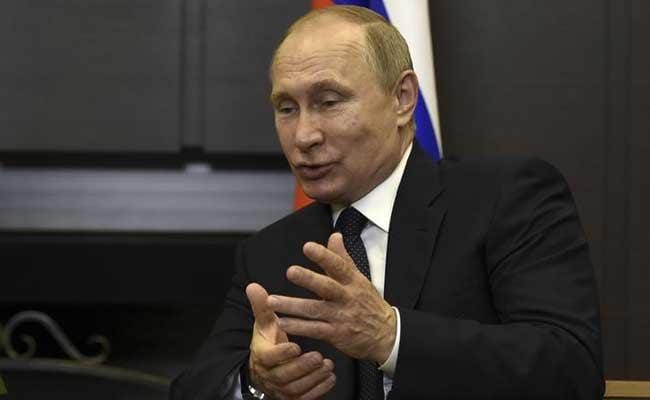 Vladimir Putin hardly spoke with Michael Flynn when they sat together at Moscow dinner in 2015.

MOSCOW: Russian President Vladimir Putin hardly spoke at all with former US National Security Adviser Michael Flynn when they sat together at a Moscow dinner in 2015, NBC News quoted the Kremlin leader as saying on Sunday.

Flynn's ties to Moscow are under scrutiny in the United States amid allegations of possible Russian interference in the 2016 election. An oft-published photo of him sitting next to Putin at a gala dinner seems to hint he had close relations.

Flynn has declined to testify to the US Senate Intelligence Committee about his Russian ties, invoking his constitutional right to avoid self-incrimination.

Putin, speaking to NBC News' Sunday Night with Megyn Kelly, said he recalled the dinner in question as a routine event.

"I made my speech. Then we talked about some other stuff. And I got up and left. And then afterwards I was told, 'You know there was an American gentleman, he was involved in some things. He used to be in the security services'," Putin said.

"That's it. I didn't even really talk to him. That's the extent of my acquaintance with Mr Flynn," he added.

The December 2015 dinner was in honour of the Russian television network Russia Today (RT), a Russian government-funded global network that US officials consider a state-run propaganda outlet and purveyor of disinformation about the US.

French President Emmanuel Macron, standing next to Putin in Paris last week, publicly denounced Russia Today and the state-funded Sputnik news agency as "agents of influence ... and of lying propaganda" that had spread "fake news" against him during his campaign for Paris's top post in May.

A preview of NBC's interview with Putin was released to the media on Sunday. In it, the Kremlin chief was asked about the nature of his relationship with the retired US Army general who is the subject of several investigations at home.

US President Donald Trump fired Flynn in February for failing to disclose the content of his talks with Sergei Kislyak, Russia's ambassador to the United States, and misleading Vice President Mike Pence about the conversations.

US intelligence agencies reported in January that Putin oversaw a campaign of computer hacking, fake news and propaganda intended to swing the election to the Republican candidate Trump over his Democratic opponent Hillary Clinton.

Putin has denied conducting such a campaign. Trump has denied any collusion between Russia and his campaign and has questioned the veracity of the US intelligence finding.
© Thomson Reuters 2017
Comments
Vladimir PutinMichael FlynnVladimir Putin Moscow dinner