Vienna once again came ahead of Melbourne -- which had held the top ranking for seven years until losing it to Vienna in 2018 -- according to a report by the Economist Intelligence Unit (EIU). 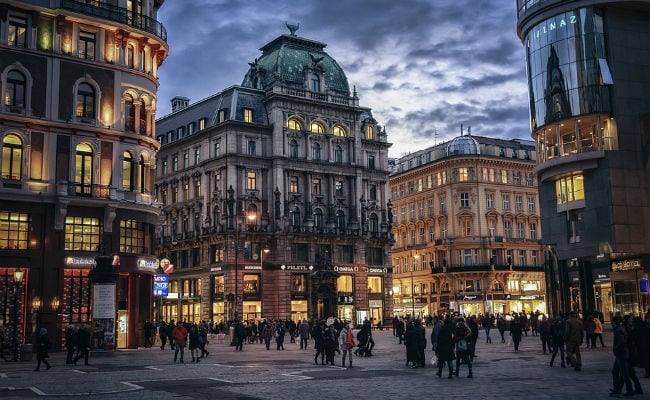 The Austrian capital Vienna has retained its ranking as the world's most liveable city, according to an annual report from the Economist.

Vienna once again came ahead of Melbourne -- which had held the top ranking for seven years until losing it to Vienna in 2018 -- according to a report by the Economist Intelligence Unit (EIU) released Wednesday.

The top two were followed by Sydney, Osaka and Calgary.

Each year the EIU gives 140 cities scores out of 100 on a range of factors such as living standards, crime, transport infrastructure, access to education and healthcare, as well as political and economic stability.

Vienna -- known for its convenient public transport, refreshing Alpine tap water and varied cultural life -- scored 99.1 points out of 100, as it did last year.

"Western Europe and North America continue to be the most liveable regions in the world," the EIU said in a press release.

Europe claimed eight of the top 20 spots, with cities in Japan, Australia, New Zealand and Canada making up the rest.

However, the City of Light, Paris, dropped six places to 25th due to the anti-government "yellow vest" protests -- images of which went around the world.

For the first time, the index noted the effects of climate change on liveability, with New Delhi and Cairo plunging in the rankings to 118th and 125th place respectively due to "poor air quality, undesirable average temperatures and inadequate water provision".

"We expect problems relating to climate change to put increasing pressure on liveability scores in the coming years and for the number of cities affected to grow," Agathe Demarais of the EIU said.

Improvements in liveability that had taken place in emerging markets' cities in recent years -- thanks to greater stability as well as better education and healthcare -- "are under serious threat from an increasingly adverse climate," she said.

London and New York rank 48th and 58th respectively as they continue to struggle under the perceptions of the risk of crime and terrorism and overstretched infrastructure.

The least liveable cities were Karachi, Tripoli, Dhaka, Lagos and, at the very bottom, Damascus.

Vienna also won top place in another survey, the annual quality of living index by human resources consulting firm Mercer, for the 10th time in a row in 2019.