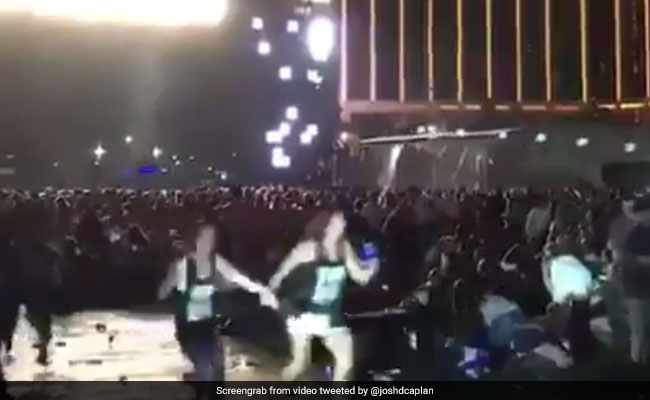 "We're investigating reports of an active shooter near/around Mandalay Bay Casino," police said on Twitter. Several people including a police officer had been shot at a nearby outdoor concert, a local newspaper reported.

The video footage circulating on Twitter purportedly of the Mandalay Bay showed a crowd enjoying a concert before what sounds like volleys of automatic gunfire halt the performance.