Among the images released by the Defense Department was grainy black-and-white footage of US troops approaching on foot the high-walled compound in northwestern Syria where Baghdadi was holed up. 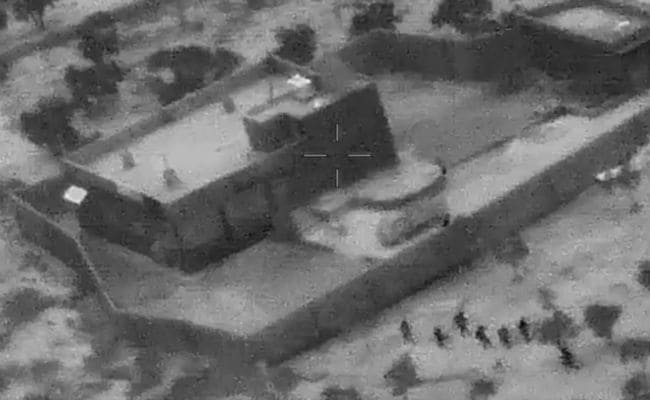 The Pentagon released video and photos on Wednesday of the US special forces raid that resulted in the death of ISIS chief Abu Bakr al-Baghdadi.

Among the images released by the Defense Department was grainy black-and-white footage of US troops approaching on foot the high-walled compound in northwestern Syria where Baghdadi was holed up.

The Pentagon also released video of airstrikes on a group of unknown fighters on the ground who opened fire on the helicopters that ferried US forces in for the assault on Baghdadi's compound in Syria's Idlib province.

Before and after pictures of the isolated compound were also released. 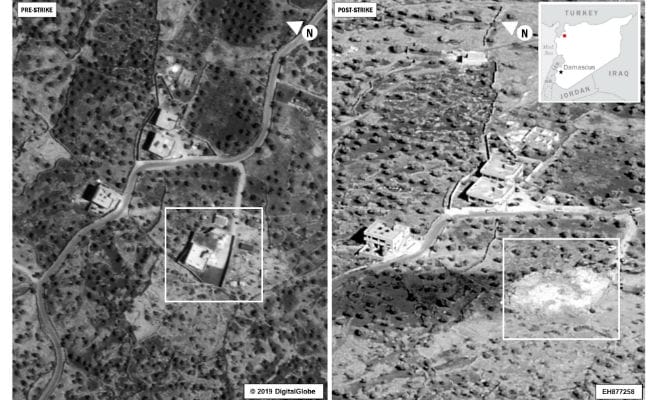 The compound was razed by US munitions after the raid, leaving it looking like "a parking lot with large potholes," said Marine Corps General Kenneth McKenzie, commander of US Central Command.

He said that two children were killed -- and not three as President Donald Trump previously said -- when Baghdadi blew himself up with a suicide vest in a tunnel as he tried to escape US troops.

He said the children appeared to be under 12 years old.

McKenzie was asked about Trump's claim that Baghdadi had fled into the tunnel "crying and whimpering."

"About Baghdadi's last moments, I could tell you this," he said. "He crawled into a hole with two small children and blew himself up while his people stayed on the ground."

Baghdadi "may have fired from his hole in his last moments," he added.

"...at the compound, fighters from two locations in the vicinity of the compound began firing on U.S. aircraft participating in the assault."
- Gen Frank McKenzie CDR USCENTCOM pic.twitter.com/SkrtHNDs7w

McKenzie said that in addition to Baghdadi and the two children, four women and one man were killed at the compound.

He said the women had acted in a "threatening manner" and were wearing suicide vests.

An unknown number of nearby fighters were also killed when they opened fire on US helicopters, McKenzie said.

Video released by the Pentagon showed airstrikes on a group that appeared to consist of up to a dozen or so people on the ground.

McKenzie declined to provide any further details about the two men captured in the raid, but said that a "substantial" amount of electronics and documents had been recovered from the compound.

He said Baghdadi had been identified through comparison with his DNA, which had been on file since his 2004 detention in an Iraqi prison. 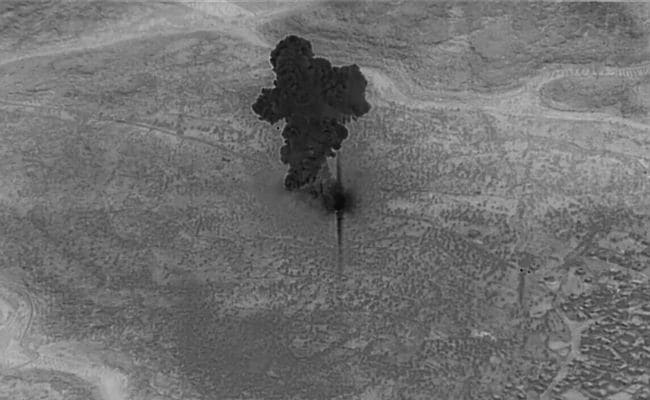 He said Baghdadi's remains had been flown back to the staging base for the raid for identification.

Baghdadi was then buried at sea within 24 hours of his death "in accordance with the laws of armed conflict," McKenzie said.

He also provided details about the dog that pursued Baghdadi into the tunnel.

He said it was a four-year veteran of 50 combat missions and had been injured by exposed live cables in the tunnel, but has returned to duty.

"We're under no illusions that it will go away just because we killed Baghdadi," he said. "It will remain."