Many feared skyrocketing rents -- and doubted claims that Amazon would have inundated the area with jobs. 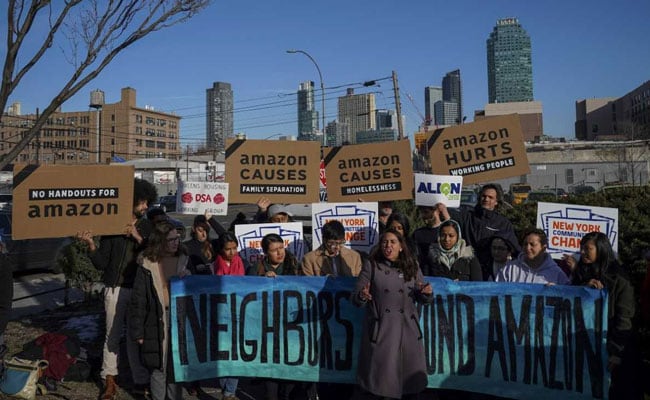 Some heard the Amazon news with dismay, having looked forward to the global operation's move into town

Thousands of lost jobs or a victory against a monolith: reactions were sharply divided Thursday after Amazon abandoned its plans for a new headquarters in New York.

In Long Island City on the edge of the East River, some residents of the towers that have sprung up in recent years voiced relief, having expected some 25,000 people to descend on the district.

"I was nervous about Amazon bringing in just a lot more crowd," said Danielle Quagliata.

"I feel that the area is pretty built up as it is," she said. "I, for one, feel relieved."

Others feared skyrocketing rents -- and doubted claims that Amazon would have inundated the area with jobs.

Carlos Dall'Orso, who runs the bicycle shop Spokesman Cycles, would have undoubtedly benefited from the influx of thousands of executives with disposable income -- but he too is breathing easier now that the online giant pulled out.

"As someone who works in retail, I don't have fun things to say about Amazon," Dall'Orso said. "Amazon is killing retail. When all the retail is gone, then they're going to control the price and they won't be cheap anymore."

And of the theory that Amazon employees could have boosted his business, the entrepreneur is nihilistic.

"It's prolonging the death," he said. "Do I take chemotherapy now or do I shoot myself in the head?"

But some heard the Amazon news with dismay, having looked forward to the global operation's move into town.

"Think about all the infrastructure and tech jobs and construction jobs and all the support that needs to go in for a campus like that," said David Katzen, who owns a construction company in the area. 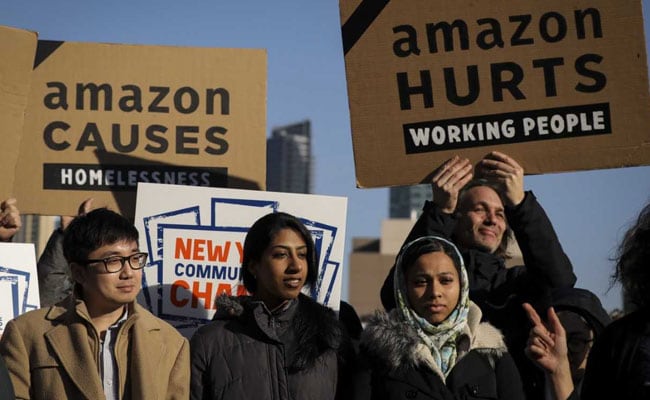 36 percent of people in New York were opposed to Amazon's new headquarters, according to a poll.

"All those jobs are gone."

He blames local politicians -- many of whom fought the project, saying the state governor and city's mayor pushed it without their input -- whom he accuses of "wanting to make noise."

"I think it was just a bully pulpit for which local legislators wanted to get up and beat their drums and be heard," Katzen said.

"And now it backfired on them because they never thought that Amazon would pull out."

Some 56 percent of New Yorkers were in favor of the project, according to a poll from Siena University, while 36 percent were opposed.

Katzen dismissed claims that the already stretched public transport system would have collapsed under the demands of thousands of new riders.

Some critics had pointed to the risk of gentrification that Amazon would have caused, a prospect John Paul Palace, who moved there a year ago, rejected.

"It's already gentrified! That's why I moved here," he said.

Katzen, whose business has been in "LIC" since 1928, echoed that sentiment: "The people that used to live here were older immigrants; Italian, Irish people."

"Those people are already gone."