'Victory' For US Astronauts On Critical Spacewalk To Replace Power Box

Astronauts Jack Fischer and Peggy Whitson completed their spacewalk on the International Space Station to fix a failed piece of equipment. 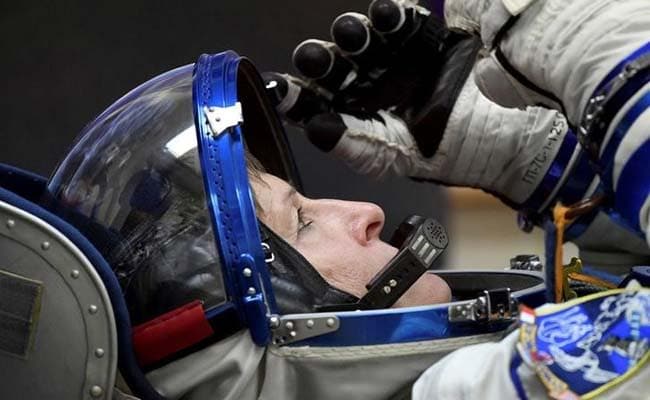 Miami: Two US astronauts successfully embarked Tuesday on what NASA described as a "critical" spacewalk to repair a failed piece of equipment that helps power the International Space Station.

The reason for the outing was the sudden breakdown on Saturday of a computer relay box known as multiplexer-demultiplexer (MDM) unit.

The MDM -- which is about the size of a small microwave oven and would weigh 50 pounds (23 kilograms) on Earth -- helps operate solar arrays, electrical power generation, and robotic equipment at the ISS.

It also regulates the operation of radiators and cooling loops.

Since there are two MDMs at the orbiting outpost, the loss of one did not jeopardize the lives of the crew or bring a halt to station operations.

Still, a space agency spokesman described Tuesday's mission as a "critical contingency spacewalk" and called it a "high priority" to replace the failed box as soon as possible.

During the shorter than normal spacewalk which lasted just two hours and 46 minutes -- much less than the typical 6.5 hours -- Whitson took the lead and replaced the MDM.

Meanwhile, Fischer, making the second spacewalk of his career, installed a pair of antennas on the US Destiny Laboratory module to enhance wireless communication capability for future spacewalks.

It was unclear what caused the MDM to fail.

The unit had just been installed in March during a spacewalk by Whitson and Expedition 50 commander Shane Kimbrough.

Nor was it the first time an MDM unit failed.

"A similar MDM replacement spacewalk was conducted in April 2014 by Expedition 39 crewmembers Steve Swanson and Rick Mastracchio of NASA," the US space agency said.

Whitson is the most experienced female spacewalker in the world, and during the spacewalk she leapt to third place for the most time spent doing spacewalks.

She now has a total of 60 hours, 21 minutes over 10 career walkabouts in space.

In second place is Spanish-American astronaut Mike Lopez-Alegria, who has done 10 spacewalks totaling 67 hours and 40 minutes.

Tuesday's spacewalk was the 201st in support and maintenance of the ISS.

The $100 billion football-field sized orbiting laboratory has been continuously occupied by global astronauts since 2000.

(This story has not been edited by NDTV staff and is auto-generated from a syndicated feed.)
Comments
International Space StationJack FischerPeggy WhitsonPeggy Whitson Spacewalk record