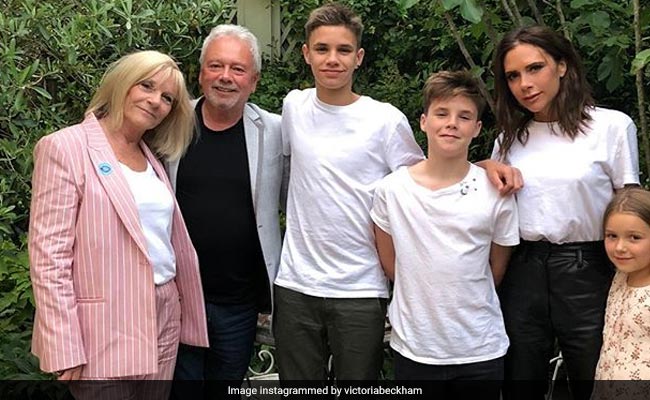 Victoria Beckham posed for the picture with her sons, daughter and her parents.

Los Angeles: Former Spice Girl Victoria Beckham shared a sweet family photograph to dismiss "laughable" divorce rumours with David Beckham. Victoria has put the speculation firmly behind her as she posted a cosy image with her family on Instagram, reports dailymail.co.uk.

The former Spice Girl, 44, appeared in high spirits as she posed for the image with sons Romeo, 15 and Cruz, 13, as well as daughter Harper, six, and her parents Jackie and Tony Adams.

The doting mother-of-four, who is also famed for her eponymous fashion line, put on a typically chic display as she was clad in a pair of patent trousers and a white tee, tied in with pointed red stilettos.

Victoria beamed with delight as she embraced her youngest child Harper, who flashed a wide grin for the adorable image.