Vegas Gunman Was A High-Stakes Gambler, Owned Homes In 4 States

Stephen Paddock had kept his nose clean until Sunday night, when he suddenly unleashed a firestorm of bullets from his casino hotel room in Las Vegas, killing at least 59 people. 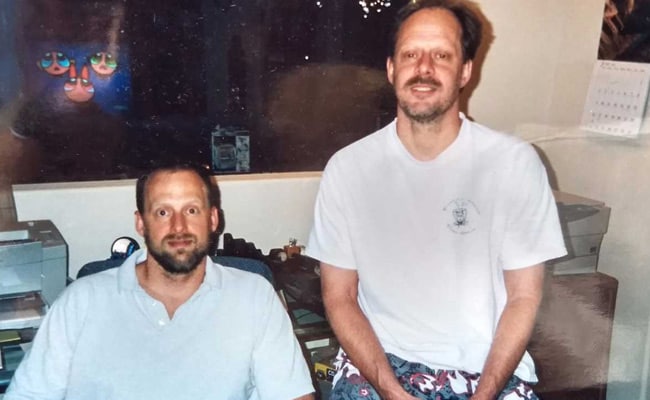 He liked to bet big, wagering tens of thousands of dollars in a sitting. He owned homes in four states but preferred staying in casino hotels, sometimes for weeks at a time, as he worked the gambling machines.

He grew up the son of a convicted bank robber who was constantly running from the law. But in his own life, Stephen Paddock, 64, had kept his nose clean until Sunday night, when he suddenly unleashed a firestorm of bullets from his casino hotel room, killing at least 59 people and injuring more than 500 more on the Las Vegas Strip.

"If you told me an asteroid fell into Earth, it would mean the same to me. There's absolutely no sense, no reason he did this," his brother Eric Paddock said in an interview outside his home in Orlando, Florida. "He's just a guy who played video poker and took cruises and ate burritos at Taco Bell. There's no political affiliation that we know of. There's no religious affiliation that we know of." 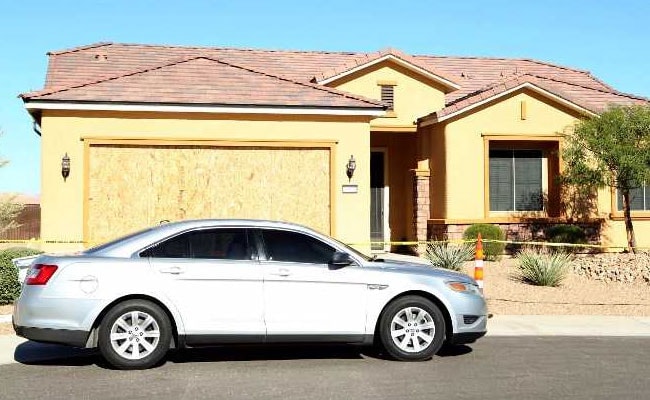 A police car in front of the house in the Sun City Mesquite community where Stephen Paddock lived.

After the shooting, officers found Stephen Paddock dead with 17 guns on the 32nd floor of the Mandalay Bay Resort and Casino, where he had arrived Thursday.

Eric Paddock said he knew of five guns his brother kept in his safe but was shocked that a rapid-fire weapon was used in Sunday's shooting.

He said Stephen Paddock didn't hunt and barely shot his guns, once taking Eric's children on a skeet-shooting trip paid for by the casinos.

In the final years of his life, Stephen Paddock was living out his retirement in quiet obscurity. He liked country music, relatives said, and went to concerts like the Route 91 Harvest festival where he killed so many Sunday night.

He was worth more than $2 million, relatives said. Before retiring, he made a small fortune from real estate deals and a business that he and Eric Paddock sold off. He traveled a lot and had millions of free airline miles.

At various points of his life, Stephen Paddock worked for defense contractor Lockheed Martin and as an accountant and property manager. As a retiree, he had no children and plenty of money to play with. So he took up gambling.

"It's like a job for him. It's a job where you make money," said Eric Paddock, adding that his brother could lose $1 million and still have enough to live on. "He was at the hotel for four months one time. It was like a second home." 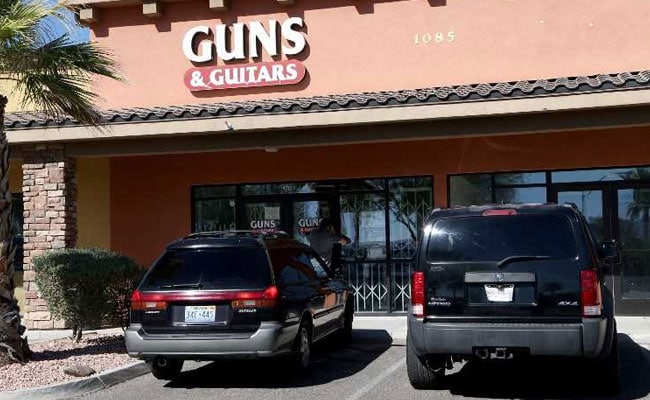 He recalled one time when the entire family took over the top floor of the Atlantis at the casino's expense.

His brother was very particular about the games he played. "It had to be the right machine with double points, and there has to be a contest going on. He won a car one time," Eric Paddock said.

Over the past two decades, Stephen Paddock had bought and sold properties in several states, including California, Nevada, Florida and Texas, where for a time, neighbors said, he lived with his mother. Public records show Paddock at one point owned two planes and was a licensed pilot. He also had a fishing license from Alaska.

He told neighbors he was a professional gambler and a prospector, and he appeared to favor buying homes in retirement communities. At one point, he and his longtime girlfriend, Marilou Danley, were living in at least three retirement communities, property records show. Neighbors said the couple seemed almost itinerant, leaving the properties empty for long stretches as Paddock visited his casinos.

Donald Judy, who was his next-door neighbor in Florida until two years ago, said the inside of Paddock's home "looked like a college freshman lived there." There was no art on the walls and no car in the driveway. Just a dining chair, a bed and two recliners. Paddock was constantly on the move, carrying a suitcase and driving a rental car whenever he stayed at the community near Cocoa Beach.

"It looked like he'd be ready to move at a moment's notice," Judy said.

Judy said he never flashed his wealth, often wearing khaki cotton pants, with a polo or other collared shirt, and never driving anything nicer than a standard rental car. 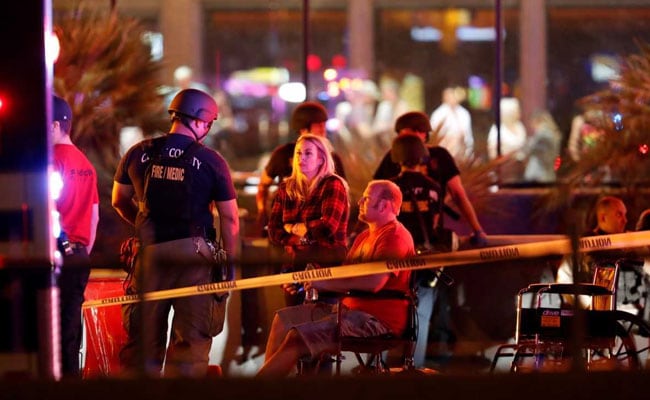 People wait in a medical staging area after the Las Vegas shooting.

A little while after living there, Paddock left Judy a key and asked him to keep an eye on the rarely used house and to borrow any tools he might want. Judy said there were no drugs or parties, nothing unusual except for Paddock's gambling.

"They did seem to always stay up till midnight and sleep in till noon," Judy said. "They always seemed to stay on Vegas time."

Then, as quickly as he had appeared, Paddock put up a for-sale sign, Judy said. "He never said much about it, just said they were moving back to Vegas."

Police in Texas and towns Paddock lived in in Nevada said they could find no records of run-ins with the law involving him.

Authorities said Danley was out of the country at the time of the shooting and was located in Tokyo. She is not considered a suspect.

At one point, Danley worked as a high-limit hostess for Club Paradise, a rewards program in the Atlantis Casino Resort Spa in Reno, Nevada, according to her LinkedIn profile. In a statement, Atlantis officials said she has not worked for the casino for several years. 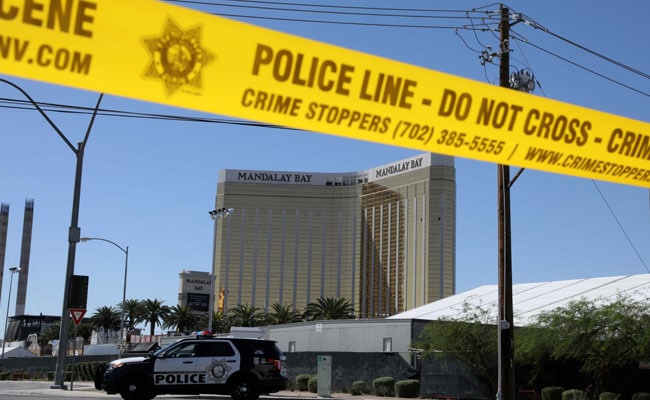 The site of the Route 91 music festival mass shooting is seen outside the Mandalay Bay Resort and Casino.

Diane McKay lived next door to Paddock and Danley at their Reno home until July, when McKay moved away. Danley wasn't forthcoming about her life, and Paddock was unfriendly, McKay recalled. She only saw him in the mornings, when he went to the clubhouse to work out.

The couple kept their blinds closed, but sometimes Paddock would open the garage door, revealing an enormous safe the size of a refrigerator.

Paddock's father, Benjamin Hoskins Paddock, was on the FBI's Ten Most Wanted list, described on a 1969 wanted poster as "psychopathic'' with suicidal tendencies.

He escaped from prison that year and, according to news accounts, was not captured until 1978, when he was nabbed while running a bingo parlor in Oregon.

Stephen Paddock was the oldest of four boys. Eric, eight years his junior, was the youngest, with two in between: Bruce and Patrick.

Their father died a few years ago, but Eric Paddock grew up thinking their father was already dead. He found out otherwise when Patrick went to the Air Force Academy and was told his father was a decorated veteran and still alive.

"We didn't grow up under his influence," Eric Paddock said. "I was born on the run in Tucson. My dad was about to be arrested for robbing banks." 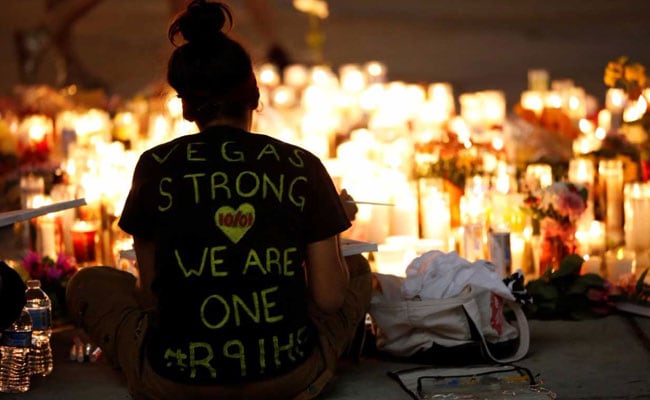 A woman sits at vigil for the victims of the Las Vegas shooting.

FBI agents interviewed relatives Monday, including Stephen Paddock's mother, who is in her 90s and spoke with him two weeks ago, Eric Paddock said. Five days after Hurricane Irma hit Orlando, Stephen Paddock texted his brother to see whether relatives had been affected.

Eric Paddock said he did not know of any mental illness, alcohol or drug problems in his brother's life. He said he had no clue whether Stephen had gambling debts or was financially troubled.

By Monday night, after an entire day dealing with FBI investigators and reporters camped outside his house, Eric Paddock said he and other relatives were still struggling to process the atrocity carried out by his brother.

"When we talked about a month ago, I can't believe he was planning this," he said, squeezing his eyes closed. "But he must have. It takes time."

What he knows about his brother doesn't fit with Sunday's massacre of innocents.

Promoted
Listen to the latest songs, only on JioSaavn.com
"Something broke in his head is the only thing possible. Did he have a stroke?" he said. "I'm hoping they cut open his brain and find something. There's a data point missing."