Value Our Ties With Pakistan, Look Forward To Scheduling Meetings, Says US

Pakistan this week postponed at least three meetings with the Trump administration. A meeting of Pakistan Foreign Minister Khawaja Asif with Secretary of State Rex Tillerson was also cancelled. 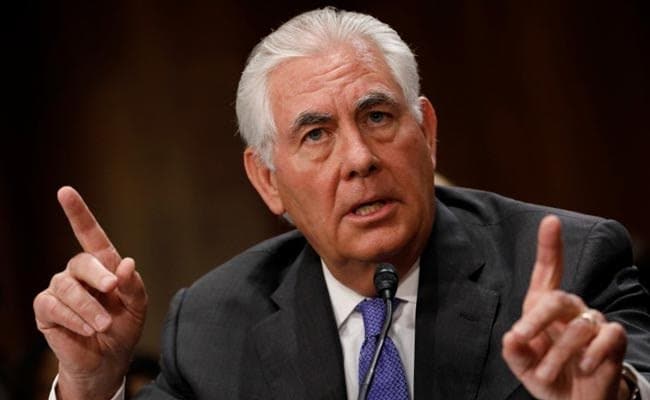 Washington: The US values its relationship and partnership with Pakistan, the Trump administration has said, days after Islamabad suspended official visits and talks with Washington to protest against President Donald Trump's criticism of it for providing safe havens to terrorists.

Pakistan this week postponed at least three meetings with the Trump administration. A meeting of Pakistan Foreign Minister Khawaja Asif with Secretary of State Rex Tillerson was also cancelled.

Acting Assistant Secretary of State for South and Central Asia Alice Wells and Lisa Curtis, who heads the South Asia policy wing at National Security Council of the White House were scheduled to visit Pakistan this week.

Mr Asif on Monday said suspension of official visits and talks are a mark of protest against Donald Trump's criticism towards it.

However, it is believed that the US is trying to revive the dialogue process through its embassy in Islamabad.

"It is particularly significant that the president indicated US involvement going forward would be based on strategic considerations rather than arbitrary timelines, and that he emphasised increasing pressure on Pakistan to eliminate terror safe havens as well as working with our allies and partners in the region," he said yesterday.

Congressman Tom Cole described this as a winning strategy.

"The President's call for support and action from Pakistan (against terror groups) and India (for Afghanistan's economic development) has been long overdue. The bordering nation of Pakistan has been critical to our fight against terrorism for years, but President Trump's strategy asks for more action against terrorists groups that can and have grown roots there," Mr Cole said.

In a recent interview to PBS News, a former State Department official Laurel Miller said that the Trump Administration's Afghan policy is going to significantly antagonise the Pakistanis.

"That pushes the Pakistanis' most sensitive buttons. What Pakistan is most concerned about with respect to an Indian role in Afghanistan is the prospect for Afghanistan to become a more India-friendly place and more Pakistan to be encircled in that way," she said.
Comments
US-Pakistan TiesPakistan TerrorismUS Afghan Policy