US Offers Military Funding To Sri Lanka, As China Vies For Influence 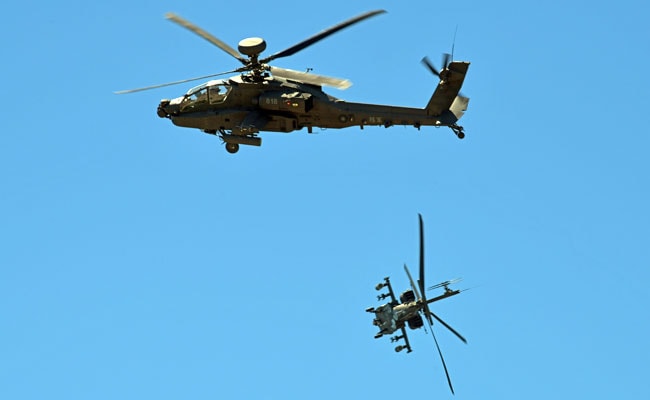 The United States announced Monday it would grant Sri Lanka $39 million to boost maritime security as China develops its strategic hold on the Indian Ocean island.

The State Department will provide the funds as "foreign military financing", pending congressional approval, the US embassy in Colombo said.

"We look forward to discussing with the government of Sri Lanka how this contribution can support our Bay of Bengal initiative and Sri Lanka's humanitarian assistance and disaster response priorities," it said.

It comes as China, the world's second-largest economy, increases investment in ports and other building projects in Sri Lanka -- a key link in its ambitious "Belt and Road" infrastructure initiative.

Last week, the Central Bank of Sri Lanka announced it had secured a $1 billion Chinese loan as the island develops closer relations with Beijing.

The US had stopped arms sales to Sri Lanka during the height of the island's Tamil separatist war that ended in 2009. The global power has also been highly critical of the human-rights record of the former government of strongman president Mahinda Rajapakse.

Several senior military commanders from the Rajapakse regime have been denied visas to visit the US.

The US funding for Sri Lanka is part of a $300 million package Washington is setting aside for South and Southeast Asia to ensure a "free, open, and rules-based order in the Indo-Pacific region".

China has vowed to keep providing financial help, including loans, to Sri Lanka despite warnings about the island nation's mounting debt.

Sri Lanka last year granted a 99-year lease on a strategic port to Beijing over its inability to repay Chinese loans for the $1.4 billion project.

The port in Hambantota straddles the world's busiest east-west shipping route and also gives a strategic foothold to China in a region long dominated by India.

The International Monetary Fund, which bailed out Sri Lanka in June 2016 with a $1.5 billion staggered loan, has warned Colombo over its heavy debt.

(Except for the headline, this story has not been edited by NDTV staff and is published from a syndicated feed.)
Comments
Sri LankaUS Military Funding