"The United States will not stand idly by while the people of Hong Kong suffer under Communist oppression," Mike Pompeo said after a day of political violence in Washington. 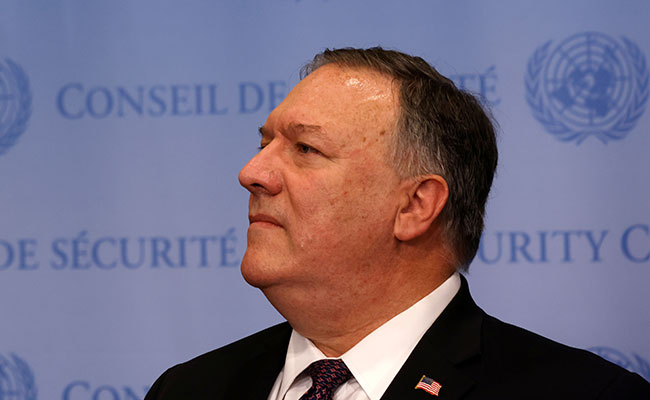 53 people arrested a day earlier "should be released immediately and unconditionally": Mike Pompeo

US Secretary of State Mike Pompeo on Thursday threatened sanctions against individuals and organisations involved in the arrest of dozens of Hong Kong democracy figures, voicing anger that an American was among those rounded up.

Pompeo said the 53 people arrested Wednesday "should be released immediately and unconditionally".

"The United States will not stand idly by while the people of Hong Kong suffer under Communist oppression," Pompeo said in a late-night statement after a day of political violence in Washington.

"The United States will consider sanctions and other restrictions on any and all individuals and entities involved in executing this assault on the Hong Kong people."

Pompeo, who remains in office for two weeks, said the United States would also "explore restrictions" against the financial hub's trade representative office in Washington.

In an operation involving 1,000 officers, Hong Kong police arrested the activists for "subversion" in an escalation of Beijing's imposition of a tough security law in the wake of huge and sometimes violent democracy protests in 2019.

Pompeo, a vehement critic of Beijing, said he was "appalled" by the arrest of John Clancey, a lawyer working for a firm known to take up human rights cases.

"Let me be clear: The United States will not tolerate the arbitrary detention or harassment of US citizens," he said.

Pompeo also announced Kelly Craft, the US ambassador to the UN, would soon travel to Taiwan, calling the island "a reliable partner and vibrant democracy that has flourished despite CCP (Chinese Communist Party) efforts to undermine its great success."

"Taiwan shows what a free China could achieve," he added.

The outgoing Trump administration has sent a bevvy of high-level diplomatic delegations to Taiwan in the last year as it clashes with China on trade, security and human rights.

No date was given for Craft's upcoming visit.

18 Killed In Myanmar On Bloodiest Day Of Protests Against Coup