US Warns Of Russian Provocation After Ukraine Shelling Reports

"We've said for some time that the Russians might do something like this in order to justify a military conflict," says US Defense Secretary. 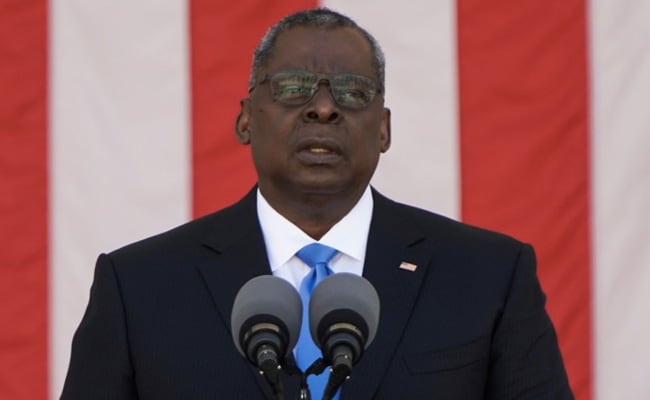 We see some of those troops inch closer to that border," Lloyd Austin said.

US Defense Secretary Lloyd Austin warned Thursday that Russia could be looking to create a pretext for invasion after "troubling" reports of shelling on Ukraine's frontline with Moscow-backed separatists.

"We've said for some time that the Russians might do something like this in order to justify a military conflict. So we'll be watching this very closely," Austin told journalists after a meeting with NATO defence ministers.

Austin said Moscow had kept building up its forces and combat readiness along Ukraine's border despite the Kremlin saying it was pulling back troops.

Russia has repeatedly denied it is planning an invasion of Ukraine.

"We see them add to the more than 150,000 troops that they already have arrayed along that border, even in the last couple of days. We see some of those troops inch closer to that border," Austin said.

"We see them fly in more combat and support aircraft. We see them sharpen their readiness in the Black Sea. We even see them stocking up their blood supplies."

He added: "You don't do these sorts of things for no reason. And you certainly don't do them if you're getting ready to pack up and go home."

Kyiv and Russia-backed separatists in Ukraine's eastern district of Lugansk traded allegations of an escalation in fighting on Thursday.

Ukraine has been in conflict with pro-Moscow rebels in the east of the country since 2014, in a war that has cost over 14,000 lives. The latest reports will likely heighten fears of Russian intervention.

Ukraine's President Volodymyr Zelensky said the shelling had hit a kindergarten and was a "big provocation".

NATO Secretary General Jens Stoltenberg said the alliance was "concerned" Moscow could be looking to stage a pretext for an attack as tensions swirl around Ukraine.

"There is still no clarity no certainty about the Russian intentions, we don't know what will happen," Stoltenberg said.