Mike Pence also admired the efforts of SikhsPAC for encouraging the community's participation in the main stream politics. 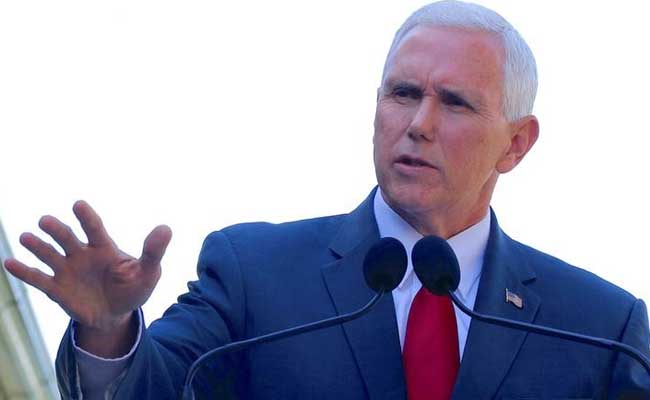 Washington: US Vice President Mike Pence has lauded the Sikhs' contribution, saying the community should continue to give serve in the military and public offices at local, state and federal levels in the country. Mr Pence, 58, said the community's "issues" were close to his heart and he was aware of them.

"Sikhs Community and its issues are always close to my heart and I always admire the contribution of Sikhs in Indiana and across the United States," Mr Pence told a Sikh delegation in Indianapolis.

The main topic of discussion with the delegation was Sikh awareness and introduction of Sikh History in public history curriculum through federal department of education.

Mr Pence also admired the efforts of SikhsPAC for encouraging the community's participation in the main stream politics, a SikhsPAC statement said.

During the meeting, Mr Pence reaffirmed his commitment to Sikh community and encouraged it to continue to give back in the form of serving in the military and public offices at local, state and federal level, it said.

Mr Pence was the first siting Governor who attended Sikh Parade and bestowed the highest civilian award to a Sikh in 2015.

The US state of Indiana has passed a resolution recognising Sikhs' "significant contributions" to America.

Promoted
Listen to the latest songs, only on JioSaavn.com
Hate-crime incidents, however, against Sikhs have seen a spurt in in America recently. A 39-year-old Sikh man was shot in the arm outside his home in Kent, Washington in March by a partially-masked gunman who shouted "go back to your own country".

Earlier, Indian-origin convenience store owner Harnish Patel, 43, of Lancaster in South Carolina was found dead of gunshot wounds in his yard in the same month.