US 'Treasure Hunter' Arrested After Night In Jerusalem Cave 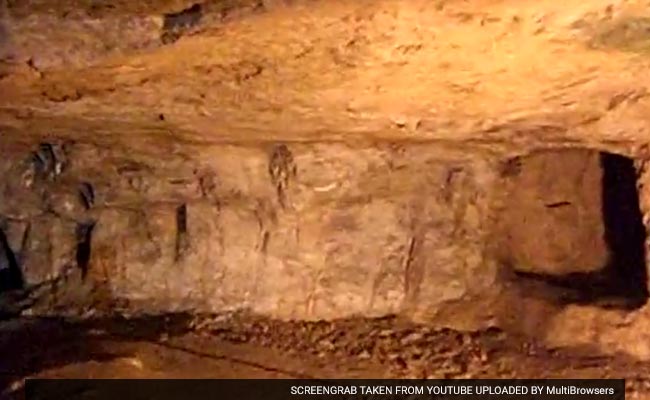 Zedekiah's Cave is the remnant of what was once the largest quarry in Jerusalem, dating back at least to the Second Jewish Temple period.

Jerusalem: A US tourist has been arrested after spending a night in a cave below Jerusalem's Old City in what may have been a search for mythical buried treasure, police and media reports said on Tuesday.

The tourist was found on Friday after spending the night in Zedekiah's Cave, also known as Solomon's Quarries, a 20,000-square-metre area beneath the Muslim quarter of the Old City.

Israeli newspaper Haaretz reported that the 19-year-old tourist, who was not identified, hid inside the site at closing time on Thursday before digging in different areas of the cave.

Haaretz reported that the odd expedition may have been linked to "Jerusalem Syndrome" -- the name given to what some tourists experience when they are overwhelmed while visiting the Holy Land due to its religious significance.

Zedekiah's Cave is the remnant of what was once the largest quarry in Jerusalem, dating back at least to the Second Jewish Temple period, from the sixth century BC to the first century AD.

Several myths are associated with the site, including treasure supposedly buried there.

Under Jewish tradition, King Zedekiah sought to escape through it during the destruction of the First Jewish Temple in 586 BC.

It has also served as a ceremonial site for Freemasons.

(This story has not been edited by NDTV staff and is auto-generated from a syndicated feed.)
Comments
Treasure huntTreasure hunter in Jerusalem