US To Vaccinate Low-Risk Teens As Covid Rages Globally

More than 56 percent of adults have received one or more shots, but as the rate of uptake falls, officials are devising new ways to reach vaccine hold-outs. 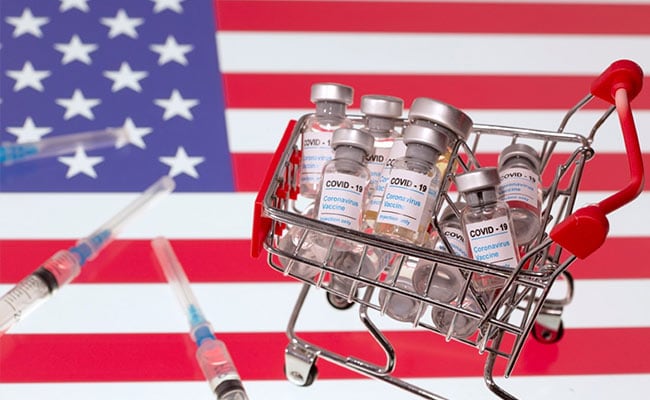 President Joe Biden wants 70 percent of American adults to have received at least one shot of a Covid-19 vaccine by the July 4 holiday, and has made vaccinating adolescents a key part of the next phase of the country's immunization campaign.

But targeting US teens is a controversial move among many experts, who argue it is a serious mistake to use the world's limited supply of doses on a low-risk population while the pandemic surges in countries like India and Brazil.

Pfizer and its partner BioNTech said in March their two-dose regimen was shown to be safe and highly effective in a trial of 2,260 12-to-15-year-olds.

An emergency use authorization is expected in the coming days, and Biden told White House reporters Tuesday that "if that announcement comes, we are ready to move immediately."

The president's address comes as the nation's immunization campaign is stalling after hitting a peak in early April.

More than 56 percent of adults have received one or more shots, but as the rate of uptake falls, officials are devising new ways to reach vaccine hold-outs.

These will include discounts to shoppers who get vaccinated at grocery stores, promotions for fans at sports stadiums, and more vaccines at rural health clinics, said Biden.

The federal government is also working on a program with pharmacies and pediatricians nationwide to reach the country's estimated 17 million 12-to-15-year-olds ahead of school reopening in fall.

Many experts have, however, voiced concern whether now is the right moment to reach this group as the global situation deteriorates.

The issue of vaccine disparity has been brought into sharp focus by India, which reported 350,000 new cases Tuesday and recorded nearly 3,500 deaths -- more than anywhere in the world.

"The overwhelming majority of 15-year-olds, we know are not at high risk of severe complications from COVID," ER doctor Craig Spencer, director of Global Health in Emergency Medicine at Columbia University, told AFP.

"It is absolutely raging around the world and we're talking about how we're going to vaccinate an incredibly low-risk population, when the overwhelming majority of health care workers around the world have zero protection," he said.

Priya Sampathkumar, chair of Infection Prevention & Control at Mayo Clinic in Minnesota, added that beyond being an ethics issue, exporting more vaccines was in America's own best interest.

"Vaccinating more people in the US is not going to help us if the variants in India, Nepal and South Asia get out of control and hit our shores," she told AFP.

The US has pledged to release up to 60 million doses of the AstraZeneca vaccine, but the experts believe much more can be done.

"I think if you vaccinate 12-to-15-year-olds in the United States before you vaccinate 70 year olds globally, you're making a terrible error," UCSF physician and epidemiologist Vinay Prasad told AFP.

Israel's experience had shown that it is possible to achieve a "remarkable reduction" in cases without targeting teens, he added.

Sampathkumar explained that the main reason to vaccinate teens is to drive down transmission -- a goal which she agreed with, though with US cases declining, it is a question of timing.

In the United States, under-18s have accounted for 277 deaths in total, according to the latest official data, a miniscule fraction of the total of 574,000.

There have been a further 36 deaths from multisystem inflammatory syndrome in children (MIS-C), a rare but serious post-viral disease.

Still, low risk isn't no risk, and pediatrician Lee Beers, president of the American Academy of Pediatrics, welcomed the arrival of a vaccine for children.

She called vaccinating teens "an important tool in our toolbox for safe return to schools," saying it may "increase the comfort for many families and school staff."

Figures aggregated by the data company Burbio shows 67.1 percent of US school students are attending schools in-person, while 29.6 percent are in a "hybrid" set-up combining in-person and remote classes, and 3.3 percent are learning virtually.

But Jennifer Nuzzo, an epidemiologist at Johns Hopkins, said that the government's own research had shown it is entirely possible to reopen schools safely without vaccines.

"It's just another barrier that's been falsely erected to stand in the way of returning kids to education," she stressed.

Nuzzo added global hotspots should be the priority.

"It's not good for kids in the long run if we just let this virus spread unchecked across the globe," she said.