US To Send More Troops To Iraq Ahead Of Mosul Battle 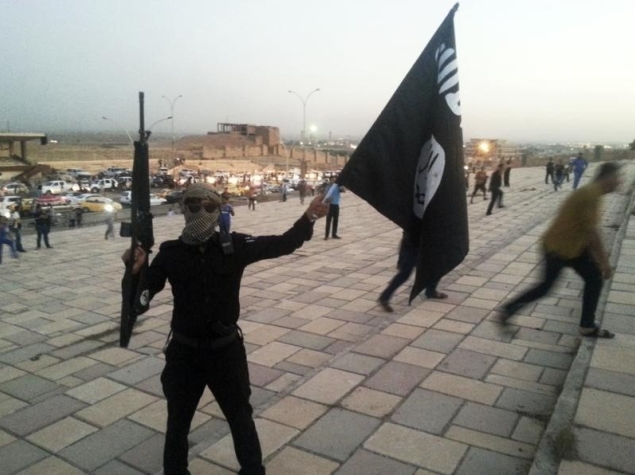 Mosul is the de facto Iraqi capital of ISIS.

Baghdad/Albuquerque, New Mexico: The United States will send around 600 new troops to Iraq to assist local forces in the battle to retake Mosul from ISIS that is expected later this year, US and Iraqi officials said on Wednesday.

The new deployment is the third such boost in US troop levels in Iraq since April, underscoring the difficulties President Barack Obama has had in extracting the US military from the country.

Iraqi Prime Minister Haider al-Abadi said in a statement that his government asked for more US military trainers and advisers. Obama called it a "sombre decision."

"I've always been very mindful that when I send any of our outstanding men and women in uniform into a war theatre, they're taking a risk that they might not come back," Obama said during a town hall event at a military base in Fort Lee, Virginia, said.

"We've said all along - whenever we see opportunities to accelerate the campaign, we want to seize them," Carter said.

Though Iraqi forces will be in the combat role, "American forces combating ISIS in Iraq are in harm's way," Carter said.

Some of the 615 new service members will be based at Qayara air base, about 60 km from Mosul, Carter said. Iraqi forces recaptured the base from ISIS terrorists in July and have been building it into a logistics hub to support their offensive into the northern city.

Other US troops will go to Ain al Asad air base in western Iraq, where hundreds of US personnel have been training Iraqi army forces.

Carter, who spoke to reporters while travelling in New Mexico, declined to name other locations where the new US forces will be based.

However, he said some of the forces would help enhance intelligence gathering efforts, particularly related to ISIS's plans to conduct attacks outside its own territory.

"We are prepared to continue to help the Iraqi security forces consolidate their control over the country," Carter said.

"Mosul will be the last of the very large cities that needs to be recaptured, but they'll need to continue to consolidate control over the whole city," he added, leaving the door open for US forces to remain in Iraq after the fall of Mosul.

Mosul is the de facto Iraqi capital of ISIS.

In Washington, Pentagon spokesman Captain Jeff Davis said the troops would be deployed to Iraq in the coming weeks.

Three US service members have been killed in direct combat since the launch of the US campaign against ISIS.

Abadi met with Obama and Vice President Joe Biden last week on the sidelines of the UN General Assembly in New York, though it was not clear whether the agreement was sealed there.

The United States currently has 4,565 troops in Iraq as part of a US-led coalition providing extensive air support, training and advice to the Iraqi military, which collapsed in 2014 in the face of Islamic State's territorial gains and lightning advance toward Baghdad.

Iraqi forces, including Kurdish peshmerga forces and mostly Iranian-backed Shi'ite militias, have retaken around half of that territory over the past two years, but Mosul, the largest city under the ultra-hardline group's control anywhere across its self-proclaimed caliphate, is likely to be the biggest battle yet.

To send the new troops, the White House will raise its cap on US forces in Iraq from 4,647, to 5,262 troops, a senior US defence official said.

US and Iraqi commanders say the push on Mosul could begin by the second half of October. Carter said the campaign to expel ISIS from Mosul would intensify "in the coming weeks."

The recapture of Mosul would be a major boost for plans by Abadi and the United States to weaken the militant group.

Promoted
Listen to the latest songs, only on JioSaavn.com
Current US troop levels in Iraq are still a fraction of the 170,000 deployed at the height of the nine-year occupation that toppled Saddam Hussein in 2003, sparking an al Qaeda-backed insurgency and throwing the country into a sectarian civil war.

Loath to become mired in another conflict overseas, the White House has insisted there would be no American "boots on the ground." While coalition troops were initially confined to a few military bases, Americans have inched closer to the action as the campaign progresses.
© Thomson Reuters 2016