US To Begin Reuniting Migrant Families Separated By Trump Administration

President Biden has prioritized a special task force to reunify the hundreds of families as part of his sweeping rolling back of Trump's hardline policies. 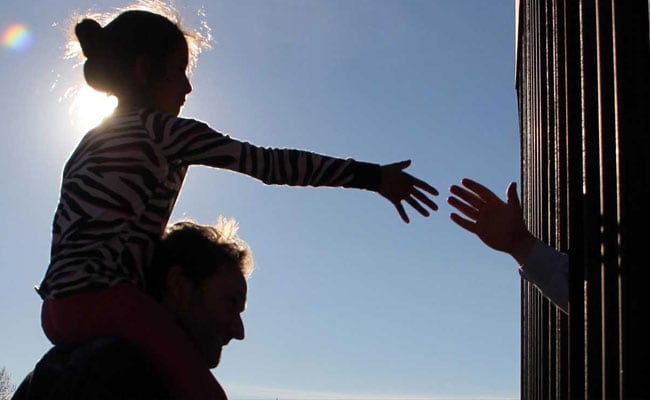 The United States will begin reuniting migrant children with their parents this week after they were separated by the administration of former president Donald Trump, Secretary of Homeland Security Alejandro Mayorkas said Monday.

Mayorkas tweeted that four mothers who had fled "extremely dangerous situations in their home countries" would be reunited with children as young as three years old.

"We are pleased that the process of reunifications is beginning this week and that these four mothers will be hugging their children after so many years," he wrote.

The Family Reunification Task Force has been working day and night to address the prior administration's cruel separation of children from their parents. I'm proud to announce we will begin to reunite the first of those families. https://t.co/zNugQ1aFWfpic.twitter.com/7Z6wMie3wi

He added in a statement released by his department that the move was "just the beginning."

"We are reuniting the first group of families, many more will follow, and we recognize the importance of providing these families with the stability and resources they need to heal."

President Joe Biden has prioritized a special task force to reunify the hundreds of families as part of his sweeping rolling back of Trump's hardline policies, which focused on deterring migration from Central America.

Biden has called the family separations a "moral failure and a national shame."

Trump announced his zero tolerance policy towards undocumented migrants in 2018, declaring that they would be arrested and charged with a crime.

As part of the new regime children were separated from their parents, on a promise that the families would be reunited within weeks. But this did not happen in thousands of cases.

A public outcry and lawsuits forced the Trump administration to halt the separations, but for as many as 5,000 children, the damage had been done.

It was not clear how many children were still separated from their parents by the time the Biden administration took over, but estimates put it at as high as 1,000.

Many of them are from rural, inaccessible mountain communities, with reunification made even harder by the coronavirus pandemic and two hurricanes that ravaged Central America last fall.

The task force created by Biden has been "working tirelessly to establish a complete database of separated families, correct inaccuracies in the files they were provided, and build the processes to find every family and give them the opportunity to reunite and heal," the homeland security statement said.

It did not clarify if the children will be permitted to stay in the United States legally with their parents.